Why You Shouldn’t Wait to Get STD Tested

It’s Friday night, and you’ve finally gotten alone with that guy or girl you’ve been eyeing. You’re in the bedroom, and things are beginning to get heated. A million thoughts are running through your mind.

“I can’t believe this is finally happening.”

“I wonder if this will lead to anything?”

In the midst of the excitement and in the heat of the moment, we often neglect to ask ourselves the most important question: “When was the last time this person was STD tested?”

We've all been told time and time again that having safe sex is incredibly important. Using birth control, condoms, or another form of contraceptive can be instrumental in preventing pregnancy. But pregnancy isn’t the only issue that can result from a sexual encounter, and safe sex extends beyond the bedroom.

The Center for Disease Control cites that young people between the ages of 15 and 24 are four times more likely to contract STD’s like chlamydia and gonorrhea. The Huffington Post reports that one in two sexually active youths will contract an STD before the age of 25, and that more than 50% of sexually active people will contract HPV at some point during their lifetime. TheSTDProject.com claims that most young people who have STD’s don’t even know they have one. That means that your last sexual partner could have infected you without even being aware that they themselves were infected.

Unfortunately, many college students generally see getting an STD test as socially unacceptable or even unnecessary.  Nate, a senior at Boston College, has experienced this stigma first-hand. “Sometimes when I tell people I'm getting tested, the responses I get are ‘ew’ and ‘why?’” 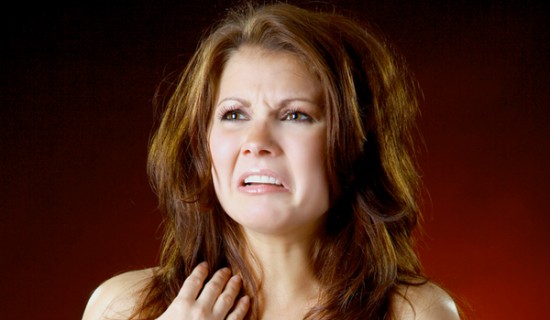 It’s not surprising that Nate has gotten these responses. According to the CDC, “Of the nearly 16 million sexually active women aged 15 to 25 in the United States, only 38 percent report being tested within the past year for chlamydia.” And with the overarching stigma attached to STDs, it’s presumable that a similar number of men avoid getting tested as well.

So why aren’t college students getting tested? “It's just ignorance,” Nate believes. “Most people think that it's impossible for them to get an STD at their college, but the truth is STDs don't discriminate.” It can’t be denied that there’s a fear aspect to this issue as well. Getting tested could result in an answer that we don’t want to hear, and most of us would rather remain in blissful ignorance than find out we have an STD.

Nate, however, gets regular check-ups despite the possibility of an unwanted answer. “I try to get tested every 3 months. I think that getting tested is the safest thing you can do as a sexually active person.”

Nate’s right. The CDC reports that STD treatment can greatly reduce the chances of getting HIV. But they’re no way to get treatment without getting tested, and taking the initiative is the first step. Nate suggests, “Whether you have something life-threatening like HIV or just something that can be quickly cured, it's your responsibility as a sexually active person to make sure you're not passing sexually transmitted diseases along to your partner.”

So whether it’s for yourself or for your partner, get tested. Don’t let the stigma associated with getting STD tested dictate your health or your future.

Previous Post:The 5 People You Meet at Thanksgiving
Next Post:Dear CM, How Do I Write a Thank You Note?