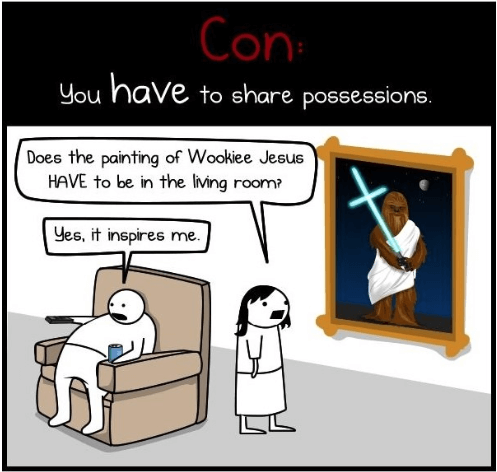 Why You Shouldn’t Move in With Your Significant Other

Amanda DashSep 25, 201438
Home » Latest Posts » Why You Shouldn’t Move in With Your Significant Other
FacebookTweet

As I write this list all I can think is – I hope my boyfriend doesn’t think I wrote this about him. I moved in with my boyfriend over the summer, and while the relationship hit some bumps along the way, it didn’t fail like so many others have. Sure it worked out for us, but will it work out for you? All signs point to no if you’re experiencing any of these red flags.

You dated for less than six months 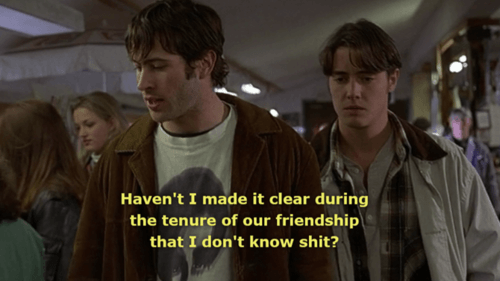 Even if you dated someone for a year, there are always things you still don’t know about him. You could date someone for six months and not know that he’s secretly a serial killer. Even Kim Kardashian and Kris Humphries dated for 6 months and divorced in 72 days. Let’s face it; you need some time to get to know your significant other well enough. This way you won’t be surprised when you find that stack of Dungeons and Dragons magazines underneath his bed (yes, this happened to me).

You can’t handle your current roommate

If you can’t even get along with a normal roommate, how will you feel when living with your significant other? Every little problem you currently have with your roommate can and will intensify. Whereas I acted more considerate with my old roommates, I have no problem telling my boyfriend that he needs to do the dishes or that he needs to shower more often. The intimacy added to your roommate relationship causes volatility, so you better be ready for it.

Remember the first time you saw your significant other naked? Enjoyable, right? After you move in together, you sadly become desensitized to the wonder of nudity. That doesn’t mean all physically romantic feelings go out the window. But when you see your partner changing and lounging around everyday, you won’t even bat an eyelash when your girlfriend cooks dinner in her underwear.

You can’t face a loss of mystery

When you move in with someone, his secrets and imperfections that make him human suddenly become reality. You see your girlfriend without makeup and wearing sweatpants all the time. You find that not all of her underwear is lacy and pretty. You find that your boyfriend owns every single Nickelback CD. If you can’t handle the reality of a person and his complexities, you probably shouldn’t be in a serious relationship of any kind.

You have a “me” complex

When living with a roommate you still have the idea of “my stuff,” but a relationship turns me into we. I no longer own a bookshelf, it’s “our” bookshelf. You end up sharing space, a bed, a room, food, storage and anything else in your apartment. Of course some things stay your own, but I have as much interest in sharing my boyfriend’s multi-tool collection as he does in sharing my Pez collection.

You avoid talking about the future

Moving in together is one of the major last steps in a long-term relationship. That means you now have to talk about the future and *shudders* your feelings. If you can’t manage to talk or think past what you’re having for dinner, you probably shouldn’t take this big of a leap in your relationship. Maybe you simply aren’t ready.

You can’t bounce back from petty fights

You will fight. You will argue over the way you put toilet paper in the roll, what you order for dinner and who last did the dishes. Petty arguments come with the territory of any relationship, but when you move in together they seem to multiply by 30. I don’t want to think about how many times I’ve argued over where to put dirty dishes or what brand of kale we should buy. You’ll experience it either way, but really think to what extent you can handle arguing productively.

Presumably you care about your significant other; otherwise you wouldn’t be dating him. But if someone asks you why you now live with your girlfriend and you can only say that rent is cheaper, you have more problems than expensive rent. Hopefully you can list reasons why you want to live with your significant other. Rent may be cheaper if you live together, but is it worth sacrificing the relationship?

Compromise makes up a large part of any relationship. And when you move in together it becomes even more prevalent. You may have to get rid of your neon bar sign or only put up four of your posters. Living together and sharing space means you can’t always leave the lights on in the living room while you play video games at 3 AM because your girlfriend has an 8 AM class. And no amount of whining or arguing will avoid the fact that moving in together means compromise on most aspects of your life.

Moving in with your significant other means a lot of work and communication. And no, communication isn’t yelling from the other room asking your boyfriend, “Where did you put my keys, I know you had to move them somewhere.” With all that work though, there are benefits. You can see and sleep next to your significant other daily, and have someone to come home to that will be there for you. And yes, rent will probably be cheaper.

Previous Post:Retweets and Double-Taps: What Millennials Have Done With Social Media
Next Post:Who’€™s Afraid of The Big, Bad RA?