Why I Hate My Friends and Followers: 20 Social Media No-No’s

*writer’s apologies for the awful, awful things she is about to say concerning the general internet public

Social networking is supposed to bring us together, but what’s really happened is the opposite: It’s revealed to us just how much we hate everybody. With sites like Facebook, Twitter and Instagram becoming a part of everyday life, there are more reasons than ever to be annoyed by our fellow humans, and here’s why:

You must not be spending much time together if your only method of communication is through public social networking platforms. PS: There’s a message feature for a reason.

Yeah, I haven’t seen you in five years, and yeah, I live five hours away now, but I’ll definitely come to your Tupperware party so you can get a free frying pan as a host gift.

I’d love to hit your cell… with my car.

6. Linking All of your Social Networking Accounts

If I wanted to see the 158 wedding dresses you pinned, I’d look at your Pinterest. By the way, you’re single.

Oh, so your baby burped and then farted and then you found green poop in its diaper, and you’re asking US what’s wrong? Facebook users are no substitution for a pediatrician… get that thing to a doc!

We understand the fascination with your own offspring, but a five minute video of your child giggling is not exactly prime time entertainment for the rest of us internet users. Regardless, we watched three minutes of it and were sourly disappointed by its anticlimactic plot.

While this may be one of the few intellectual (and that’s being generous) things to occur over social networking platforms, your voice will not be heard by anyone that matters; rather, it will likely attract angry, poorly formed responses from rednecks whom you haven’t seen since high school.

So you went for a drive today just listening to that FUN. song and you smelled something really weird in your car and it’s been stinking for three weeks and then you finally realized it was a bag of leftover Burger King under your seat and then you got an air freshener and it worked really well, and now you have to tell us all in a really grammatically incorrect, drawn-out post?

You’re disappointed because the only girls interested in you are sluts? Maybe if you stopped posting this BS all over the Internet, you’d score a decent date.

While my 14-year-old self loved this (ooook, and maybe my 18-year-old self, too), it comes to a point where you just gotta give it up. Yes, the emo song lyrics too. Your followers – and your relationships ­– will love you.

Bitch, please, I can see your mascara.

Oh, you had Starbucks today? And they wrote your name on your cup?! And you got a Venti Caffe Latte Cappucino double shot with low fat milk and no whip cream? You… are… so cool. And so, so cultured.

What’s the deal with holding your cup over your nose and peeking past it like a timid five-year-old? Seriously, can someone tell me who started this dashing trend… and why others decided to follow? 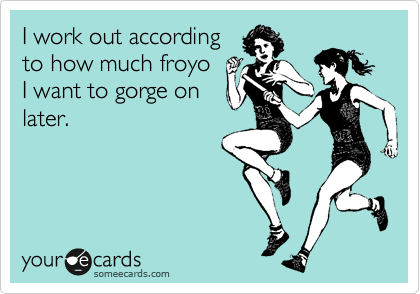 The idea was fun at first. You have a choice of 10ish flavors and can top it with only the red gummy worms if you so choose. We get it, it’s a novel luxury, but could you please stop taking pictures with your cup like it’s a nugget of gold?

You’re at the beach and the only thing you can find to take a picture of is your OWN FEET? I can hardly see the ocean past those bunion-ized, neon-painted toes.

If I wanted to stare at one all day, I’d go buy one. Or snatch one out of a dumpster, because that’s how badly normal people hate cats.

Good God, we’ve been griping about this since MySpace, and yet there are still stragglers out there using their speckled bathroom mirrors for self-portrait sessions.