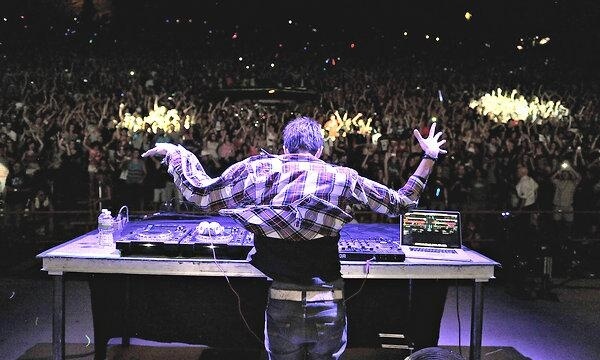 Why I Can No Longer Pretend to Like EDM

Elizabeth O'ConnorMar 29, 2013
Home » Latest Posts » Why I Can No Longer Pretend to Like EDM
FacebookTweet

I don’t want to be a traitor to my generation or anything, but I’ve finally reached the point where I can no longer pretend to like electronic dance music.

I have the requisite Avicii and DeadMau5 songs on my iPod, but when a lyric-less, over-produced and heavily synthesized song comes on at the club, I can’t pretend to go crazy dancing with my friends anymore.

It all sounds pretty much the same to me. But it’s not just that I don’t like EDM or the way it sounds. It’s that I hate what EDM represents for millennials.

I think that our obsession with music that often lacks words and revolves a catchy, repetitive beat or melody just further reflects our generation’s obsession with immediacy and hunger for instant gratification.

We’ve grown up in the age of instantaneousness. If we want to talk to someone, we send a text message to the cell phone that is inevitably in their pocket (or, more likely, their hand) and expect them to read it and respond immediately.

When we take a picture, we don’t have to wait to develop it and then show it to friends. We take it, slap on a pre-made filter and upload it to Facebook 10 seconds later. We don’t even have to wait until a release date for an album to come out anymore. We can download the leaked version days before it’s due to be released.

EDM is just another extension of this split-second lifestyle. The best part of the song is the entire song, right away and right from the beginning. There’s no waiting through the boring part of the second verse for that awesome guitar solo at the bridge. There’s just instant gratification.

We as a generation engage in very little thoughtful waiting or contemplation. I’m not saying that getting information and items faster is altogether negative, but I do think that it serves to devalue a lot of things that were once valuable, like musical talent.

If EDM is music, then it can be said that making music actually no longer requires musical talent. It just requires a computer. If we’d rather listen to the sounds made by a person operating a machine than to a human voice or to the sound of an actual person playing an instrument, then maybe we need to redefine what we consider to be music.

Maybe I’m old fashioned or crazy or I just “don’t get it.” I know that music should and can be whatever people want it to be, and I respect the rights of my peers to consider computerized sounds to be music. But I don’t have to pretend to like it anymore.