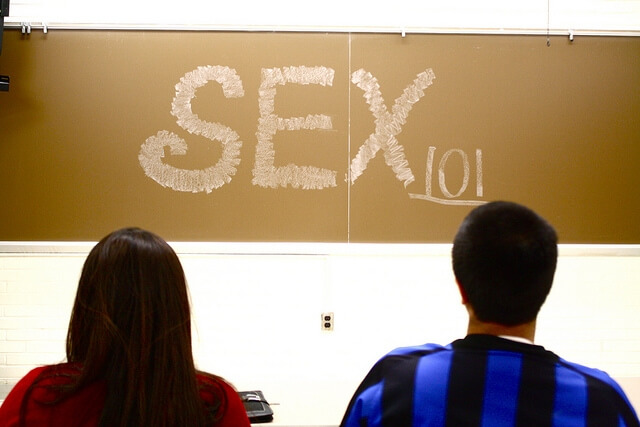 Why do guys fall asleep after sex?

Dr. Sawyer: Because when a man ejaculates, his body releases a sleep-inducing hormone that prevents him from having to deal with any awkward post-sex intimacy or conversation and allows him to slip into deep slumber, in the hopeful anticipation that you might be gone when he wakes … NOT! Although there is some small amount of research that has examined hormone levels pre and post sex, most experts believe that socialization plays a large role in this phenomenon. Of course, not all young men are sexually selfish, egocentric jerks who’re looking to get their rocks off and consider ejaculating just another bodily function, but you know, some are and so once they’re done, you’re done too … even when you’re not! Also, college sex tends, on some occasions, to be pre-gamed and so given a predilection for several beers and jello shooters before the big event, your guy was lucky to be able to have sex in the first place, never mind hang around emotionally or physically after the act. I guess, as a general rule, if you want attentiveness and to feel like the guy cares about you, get those needs taken care of before sex, because before sex, a guy’s about as amiable and cooperative as it’s possible to be!!!