You are here: Home / Life / CM’s Favorite Winter Break Drinking Games
As winter break comes to an end, there are a few essentials that should be checked off your to-do list before heading back to campus…and I’m not talking about actually reading “The Girl with the Dragon Tattoo” before seeing the movie. Before going back to being productive at school, gather up your hometown friends and throw a party. Here's a rundown of our favorite drinking games:

Pong and flip cup are classics, so why not combine the two for the ultimate party activity? This game is perfect for a large group.
What you’ll need: Two ping pong balls, a table, beer and one red cup for each person.
Rules: Split up into two teams and line up on either side of a table. Each player gets a cup half filled with beer. Going down the line, each player must first bounce the ball off the table and into the cup before drinking the beer.  Next, you must place the empty cup upright on the edge of the table and flip it so it lands upside down. The team that finishes first wins. After each round, the losing team must vote to kick off their weakest player. This player’s cup is still in the game so the best player must do double-duty. The game continues with the same amount of cups until all the players on one side are eliminated.
2.) Tipsy Board Game (2-6 people) 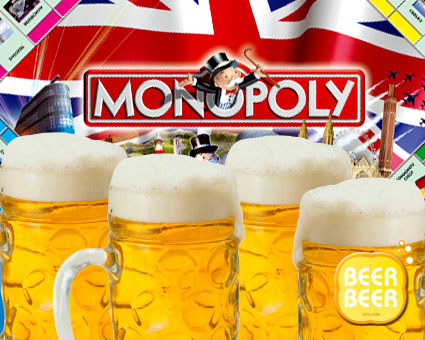 Since you grew up with the buddies you will be playing these winter drinking games with, delve back into your childhood with your favorite board games.
What you’ll need: Your favorite board game and a drink of choice.
Rules: Pick your favorite board game and put a new spin on it by drinking after certain moves. In Monopoly, take a shot every time someone buys new property and finish your drink if you land in jail. When playing Twister, each person that touches the floor must drink (I suggest repeating the game as you and your friends get more tipsy).
3.) Bet Your Liver (2 people)
What you’ll need: A deck of cards, beer, and a large cup.
Rules: The first player starts by betting an amount of beer by pouring it into the communal cup. The second player guesses whether the card drawn will be either red (diamonds or hearts) or black (spades or clubs). If the guesser is correct, he pours more beer in the cup and the first player guesses the color of the next card. If you make a wrong guess, you drink the entire cup. If you bet more beer to get your opponent drunk, it could backfire. Proceed until the beer is gone.
4.) Slap Cup (5+ people) What you’ll need: Solo cups, two ping-pong balls, beer, table.
Rules: Fill one cup all the way and put it in the center of the table. Fill all but two of the rest of the cups a fourth full and place them surrounding the full cup.  Leave the remaining two cups empty. Two adjacent players receive an empty cup and a ball each.  You must bounce the ball off the table into your own empty cup. If you accomplish this on your first try, you can pass the cup to anyone at the table.  If you make it on a subsequent try, you must pass the cup to your right. If the player to your right hasn’t made his shot yet and you have, slap their empty cup off the table.They must take a cup from the center, drink the beer, and continue trying to make the shot in this empty cup. Save the full cup until the end when the last person left bouncing must drink it.
5.) Thunderstruck (4+ people) 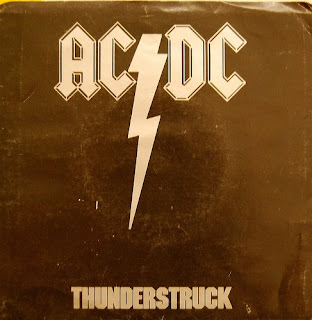 What you’ll need: A drink for each person, and an iPod, CD or cassette tape containing “Thunderstruck” by AC/DC.
Rules: Gather in a circle and start playing this hard rock classic. As soon as you hear the word “thunder,” the first person starts drinking until the next time the word “thunder” is sung. Then the next person drinks, and so on. If you land on a guitar solo, watch out because you could be drinking for a while.
Photo: JoshBerglund19 at flickr.com
FacebookTweet

Greg McElroy Was Just What the Jets Needed
Next Post: Frightening or Hilarious? Film in January