Shop now
Home » Latest Posts » Where Were You On September 11?
Life

Where Were You On September 11?

September 11th. It’s impossible now to look at that date and see just another date on the calendar. The attack on the twin towers affected every part of American life. The fact is,  most of our generation was too young to really comprehend the magnitude or the severity of the situation at the time .

Every one of my classmates, everyone in the grade above me and below me, everyone in college right now could not have been more than ten years old at the time of the attack. It is said that wisdom is often found coming from the mouths of babes, and we were certainly no older than babes when September 11th became the darkest day on the calendar. We asked several students from around the country to share their stories of 9/11, and what that day felt like as a child. 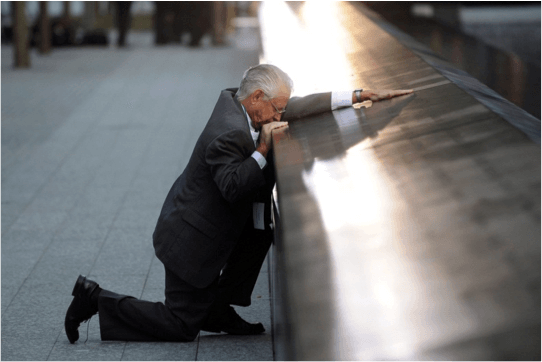 Danielle Faden, a junior at Northwestern University, talked about her Dad’s struggle to explain what happened. “I remember my dad sitting on the couch and trying to explain the day's events to me and my brother and seeing burning buildings while we watched the news during dinner.” She recalled something her teacher told her earlier, after being informed that they were dismissed from school early. “[S]he said something about how you never know what's going to happen. At that time, I had no idea what she meant, but it made sense later when I returned home”

Others spoke about the powerlessness emotions they experienced while watching the footage of the terrorist attack. Mary Kate Conway, a junior at Boston College, was overseas with her parents in Surrey, England, when the news of the tragedy reached her family. “When we got home, my mom, brothers and I watched the news and I just remember my parents were so nervous and felt helpless since we were abroad…It was hard to be far away from the attacks, but still we were so moved by our pride in America.”

Resilient is a word that is frequently used to describe the strength of Americans after 9/11, and many felt, as Mary Kate did, a strong sense of pride in the nation that began to rebuild itself after such a terrible fall. Still, it’s hard to forget the ever-present state of fear that held this country captive after the news hit the public. One student from Saint Louis University in Ohio recalls her horror when grasping the implication of the attack. Daniela Pineda says, “[O]ver the next few days I watched the news with my parents. I was afraid to get out of bed because I was too scared that there would be another attack.” This technique of suicide bombing is aptly christened a terrorist attack, and it is easy to see how successful the spread of fear was by the fact that even nine-year-old Daniela understood the gravity of the situation.

September 11 is never going to be forgotten, and while it is important to move past the tragedies of the day, it is even more important to recognize the effects it has had on the present. Britney Karim, a senior at University of California, Berkeley and fellow CM writer commented, “It's far from over. The events that took place on September 11 still affect people today, especially those who lost someone as a result of it all. We've all been affected.”

I’d like to end this article with a quote by President Obama on the ten year anniversary of 9/11. “Even the smallest act of service, the simplest act of kindness, is a way to honor those we lost; a way to reclaim that spirit of unity that followed 9/11.”

Tell us your story in the comments.

Previous Post:5 Reasons to Ditch Your High School Mentality
Next Post:5 Things You Should Know About Syria