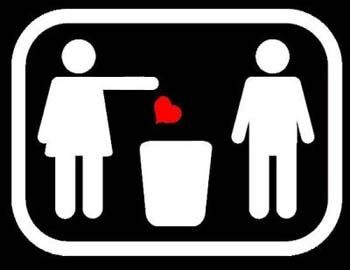 When is Enough, Enough?

Youâ€™re in a relationship and everything is going great. Then you find out youâ€™ve been cheated on, whether they grew the courage to tell you or you catch them in their own infidelity. You talk it out with them and you take some time to think to yourself about the whole situation. In the end, you decide to give them another chance. You figure that you love them, and they love you enough to not do it again so you forgive them and move on with the relationship.

A few months go by and you find out that they are still cheating on you. Once or twice becomes an understatement, and you find yourself doing the same thing every single time: taking them back. But there comes a point where enough is enough. We talked to Mason* from George Washington University about his situation and how he finally had enough of his ex-girlfriendâ€™s unfaithful habits.

They dated on and off for about three years. The first time she cheated, she admitted it. But there were times where she got caught in the act

â€œHow many times [did she cheat on me]? More than I would care to divulge without looking like a b*tch. She only came clean the first time and begged me not to throw what we had, away,â€ he said. â€œAt this point we were still in love and it was my first real relationship. I thought it was better to still have her in my life under those circumstances than without. Also, if sheâ€™s this apologetic we must obviously mean something to her.â€

From experience and after hearing multiple other stories like this one, for some reason, itâ€™s hard to leave your â€œfirst loveâ€. This is the first person to make you feel more than just a physical attraction. Once they know they have a hold on you, know that you wonâ€™t leave, they tend to continue their infidelity.

â€œAll the cheating was with the same guy which, to me, makes a significant difference compared to serial cheating with different people,â€ he said. â€œLong story short, I got another indication of her cheating and was like f*ck it. Iâ€™m out.â€

Everyone has his or her breaking point, and once you reach yours thereâ€™s not much more you can take. Constantly being cheated on brings major trust issues into the picture. The relationship wonâ€™t thrive if itâ€™s based on sneaking around and lies.

Itâ€™s always hard leaving someone youâ€™ve invested so much time in. Once you start thinking about it, you think of all the times you two were happy together, the words and future plans you two have shared and how you really felt like you loved them; you block out the bad.

You tend to think of how things used to be and hope that it will always stay that way. They can tell you how much they love you, but their actions say more.

â€œI wonâ€™t front, it was tough,â€ he said. â€œGoing out with other girls, but still wanting her. I finally got over it when I saw her at a party. She said she needed me somewhere and I was able to just walk away. That was kind of the new start, I didnâ€™t have to linger or feel like I had to prove something to her. Adios.â€

Previous Post:Happy Earth Day: 5 Fun Ways to Celebrate in College
Next Post:Finals: Resisting the Urge to Check Out Early