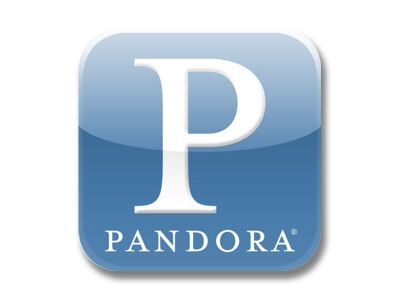 What You Didn’t Know About Pandora

If you’re like me, your childhood included the hard fought battle to gain the coveted shotgun seat over your siblings on car rides with your parents. But with great power comes great responsibility, and with this position, one also assumes the role of radio DJ. With the presets memorized, the radio DJ flips between stations, avoiding commercials, overplayed songs and station personalities with bad jokes, all while ensuring that the entire car's tastes are being fulfilled–certainly no easy feat.

Between static, long advertising breaks, and overall limited selections, radio became more frustrating than fun. That is until 2007, when Pandora Radio was introduced to the music world. By implementing the use of the Music Genome Project, which essentially gives the company its ability to find songs that have similar “focus traits” Pandora was able to create user preference based “stations,” that play random yet similar songs that are alike based on syncopation, genre, vocal harmonies, and so much more.

It wasn’t long before this new musical medium caught like wildfire, with Pandora essentially fixing everything that was wrong with standard FM radio and other systems. First off, there’s no required monthly fee, and users can add as many stations as they wish, allowing the ability to switch between similar artists or entire genres with the touch of a button, and yeah, it holds more stations than your mom’s minivan’s presets, as fun as that was. The system also gives the users the thrill of randomization while still staying within the boundaries of what the user is likely to enjoy. “It gives me a chance to find bands that I didn’t already know based on tastes that I already have” said Matt Javitt, a sophomore at Georgetown University.

But alas, nothing is perfect ,and you better believe that music geniuses behind the MGP weren’t willing to work for free. And while Pandora does offer its users a subscription package for a monthly fee, almost 90 percent of the company’s revenue comes from advertising. However, Pandora got smart about the fact that listeners loathe long ad breaks, now playing just one quick commercial every couple of songs, geared toward listeners musical preferences, interests, and geographical location.

Even with its advisements, Pandora remained a little too good to be true, and in a world where it’s hard for college students to even access download sites on their university’s network, you better believe the music industry wasn’t going to let listeners access thousands of free songs in one sitting. Yes, the company was handed a set of drawn out limitations to adhere to, based on the Digital Millennium Copyright Act. That’s why they’ve created the “skip” limit, allowing only six song changes per station, and there is no play-on-demand. However, if one is simply looking for a smorgasbord of similar songs, or a low interference listening method, Pandora may just become their new best friend.

Check out some of College Mag’s favorite Pandora stations for every occasion:

Trip to the Beach

With everything from Sugar Ray to Hootie and The Blowfish to P Diddy, this station promises to take you back to a place where the music was almost as chill as the ocean breeze.

This one mixes up TEB with other classic bands like Dave Matthew’s Band and Hootie and the Blowfish as well as some newer groups, creating a relaxing station with great vibes.

For the ladies: Taylor Swift Radio

Self-explanatory- this girl knows her break ups. And friends Kelly Pickler and Miranda Lambert certainly don’t hurt the situation. You’ll be over him before the first thirty second commercial!

For the gentlemen: Country Love Songs

For those of you that have come around to country, you know nothing can capture that emotional end to a relationship better than a country ballad. Rascal Flatts, Tim McGraw, Garth Brooks, are just a few artists included in this mix. Cowboys may not cry, but they certainly can sing, especially when it comes to getting their heart broken.

This station really brings out the big guns, and is certain to help in getting your heart pumping. With ACDC, Aerosmith, Motley Crue on hand,  the only thing you have to worry about is not scaring anyone with all that power music pumping through your veins.

The change ups, bass drops and tech effects are sure to keep to up and at em during a long bit of cardio.

Previous Post:He Likes When I Act Stupid, Right?
Next Post:How to Turn your Crappy Summer Job into Resume Gold