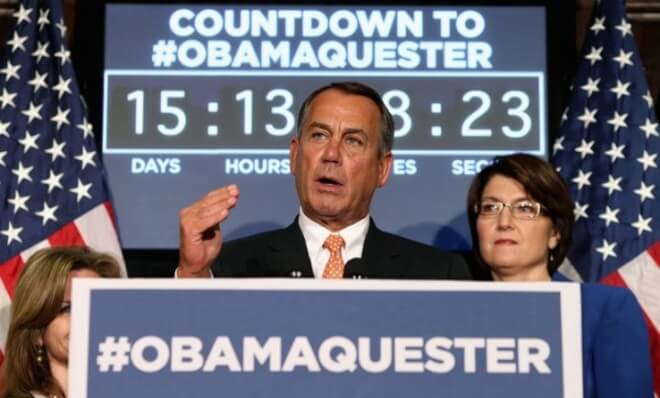 What the Sequester Means for Students

As Friday approaches, it’s becoming more and more clear that a budget will not be agreed on and that the sequester is upon us.

The automatic $85 billion in spending cuts are on the horizon and President Obama has scheduled a meeting with congressional leaders on Friday to discuss options for minimizing the effects. The Wall Street Journal reports that the meeting being scheduled for Friday is an indication that the cuts will not be prevented. Those present will include House and Senate leaders from both sides of the aisle—leaders who have increasingly been blaming each other for the inability to reach an agreement.

The origins of sequestration—which no one seems to want—are telling of the animosity in Washington. Congress essentially created a rule saying that if they could not agree on a budget, the cuts would self-execute. The intention was to put in a prospect so unpleasant that both sides would be forced to compromise in order to avoid it. Now, as the clock strikes midnight, it turns out that the only thing both parties disliked more was cooperation.

The sequester is certainly going to have broad ranging effects, though likely without the note of hyperbolic doom being suggested. Among other ramifications, the White House predicts that Washington D.C., Virginia and Maryland will bear a particular burden—cumulatively losing $29 million in public school funding and affecting over 25,000 students. There will be a scaling back of public health services like HIV tests as well.

Turning to college students, there will also be an increase in the interest rate of student loans as well as significant costs to the institutions. The spending cuts are projected to cost New York colleges over $110 million. While college students are unlikely to be as hard-hit as some other demographic groups in the country, the prospect of a continuing sequester remains cause for concern.

The inability to compromise and the prevalence of partisan politics have become more common in recent years. As the environment continues to grow more toxic, it’s our generation that will suffer.

Previous Post:5 Essential Apps and Websites for the Productive Student
Next Post:Do You Have a Secret Film Class?