You are here: Home / Life / What Makes Rick Santorum Tick
Rick Santorum emerged out of seemingly nowhere to become Mitt Romney’s main challenger and the runner-up in the race for the Republican presidential nomination. Winning the heart of conservatives with his staunchly held, family-oriented Christian values, Santorum gained national attention when he narrowly beat Romney in the Iowa caucus. Although he does not have the resources or the reputation that Romney does, Santorum continues to win primaries across the South and establish his position as a serious competitor.
Santorum’s extremist conservative positions across many issues resonate badly with a large portion of the American public. And yet Santorum seems to be only gaining momentum. What gives? Today, we take a look at some of the finer points of Santorum’s political ideology, and the controversies that have yet to deter him in this race:
He Thinks Intelligent Design Is Legit
Santorum tried (almost successfully) to add an amendment to the No Child Left Behind act that would have encouraged the teaching of intelligent design in schools along with evolution, saying in 2002 that intelligent design is “a legitimate scientific theory that should be taught in science classes.” Perhaps bending to pressure from the entire scientific community, Santorum has since changed his official position on evolution. But he still believes that global warming is a hoax.
He Doesn’t Believe in the Separation of Church and State
Santorum cites the First Amendment’s guarantee of freedom of religious exercise as his reason to bring his strong Catholic beliefs into his lawmaking policies. Santorum has in fact stated on repeated occasions that the separation of church and state, as embodied particularly by Kennedy, makes him “want to throw up”. Among the social issues that Santorum intends to regulate with Catholic dogma is abortion – he is pro-life, and outspoken in his opposition to abortion for any reason.
Just Google Him
After a 2003 interview in which Santorum compared homosexual sex to bestiality and pedophilia, nationally syndicated sex columnist Dan Savage began a campaign to re-define “santorum” as ““the frothy mix of lube and fecal matter that comes from unprotected anal sex.” Savage launched a website to accompany the new definition, which regularly comes up early on a list of results for a Google search of Santorum’s name. Santorum has previously tried to petition Google to remove the website, with no luck.
He’s Against Porn
“America is suffering a pandemic of harm from pornography,” Santorum’s website claims. As president, Santorum is promising to crack down on pornography and remove it from the internet. Of all the ideas that inspire the suspicion that Santorum is out of touch with much of American society, this one really speaks for itself. 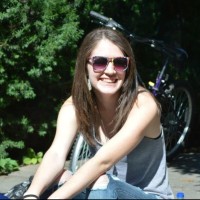 The Angry Dolphin
Next Post: National Make Your Own Holiday Day: College Style