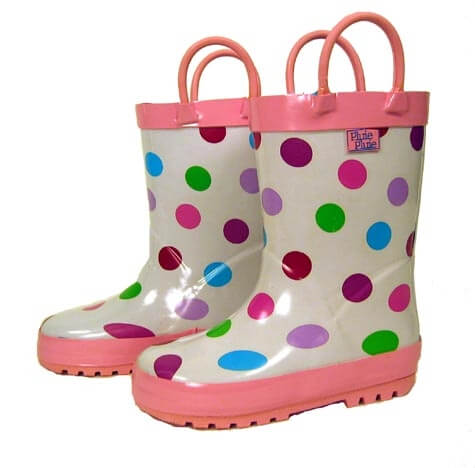 What Do Girls See In Rain Boots?

Valeria DelgadoApr 23, 2012
Home » Latest Posts » What Do Girls See In Rain Boots?
FacebookTweet
First there were UGGs. Then there were Crocs. Now rain boots are the newest targeted footwear on college campuses. With the increased amount of rain in April, plenty of students can be seen sporting them around quads and student unions.

University of Florida freshman Regine Howell owns four pairs of rain boots to alternative when a storm hits campus.
“I’m obsessed with monkeys, so those are my favorite,” she said about her Curious George kicks. “I’m sure people think I’m too old to wear them.”

The issue in question is whether the footwear is a rain shower must-have or a fashion statement.
Boston College senior Nida Javed said she doesn’t see rain boots as a fashion trend.
“It’s a necessity to not get your feet wet,” she said.
The 21-year-old is one of the students who prefer rain boots to the dampness of wearing less protective gear, but she’s not the only one.  Shelby Paredes, 22, said she wears rain boots to keep herself dry on rainy days.
“The only thing I hate is that the rubber ones are too tight and they make a squeaking sound when you walk,” the University of the Arts junior said. “But other than that I think rain boots are very convenient.” The fact that they come in different styles and colors is an added bonus.
Although for different reasons, these three students seem to be in favor of wearing rain boots to class. But what do members of the opposite sex think?
Northwestern University senior Efoe Femi Nyatepecoo said he never even thought about rain boots.
“I don’t think guys care or notice,” the 22-year-old said. “But I guess they can be cute.”

Find schools
Many students who are too preoccupied to focus on women’s fashion share Nyatepecoo’s nonchalant response, but others have plenty to say about it.  Alexander Cantillo, 20, said rain boots serve a legitimate purpose and that they’ve developed into more of a trend than a use.
“If it wasn't a big deal, girls wouldn't mind getting a plain pair of boots,” the University of Florida junior said. “Instead they go crazy focusing on finding the cutest pair.”
It’s clear the dual purpose of rain boots is appealing to college men and women.
“At the same time, there is something sexy about a girl in rain boots,” Cantillo said. “I don’t know why, but some girls do pull that look off pretty damn good.”
Photo: at http://yellow-turtle.com/store/index.html?action=viewproduct&ProductID=1175103233145056943
FacebookTweet
Life

Previous Post:The Dirty Truth About Recycling
Next Post:How to Role Play in the Bedroom