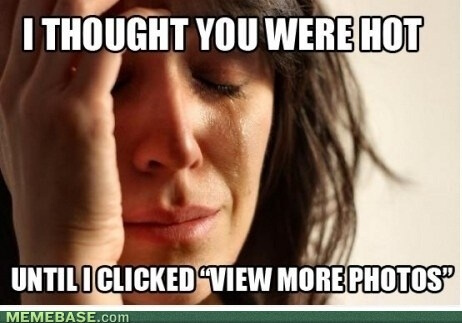 Josh AxelrodOct 18, 2012
Home » Latest Posts » What A Tease
FacebookTweet
Yesterday, CMâ€™s dating editor Leana Rivera assured female kind that it takes more to be a tease than just saying no. Allow me to clarify what it really means to be a tease:
Leana did a great job of defining what it means to NOT be a tease. I totally agree with her assertion that there is a huge difference between leading a guy/girl on and picking wisely. Sometimes, he/sheâ€™s just not that into you.
But make no mistake: there are teases out there. And you need to get through TEAS101 with at least a C+ to recognize the signs that the person youâ€™re into might be messing with your head.
I say â€œpersonâ€ because both sexes are equally guilty of playing this game of overzealous cat and crafty (or clueless) mouse. Whether the person knows theyâ€™re doing it or not, itâ€™s still misleading. Here a few signs that the guy or girl youâ€™re with might be a tease:
Male Teases

The Nice Guy Routine: As a self-described â€œnice guyâ€ myself, I know this one well. As much as girls say theyâ€™re attracted to the bad boy, we all know that deep down what they want is the guy who treats them well and is receptive to their needs. When youâ€™re just being nice, she could be getting attached. So, guy best friends: the next time you go out of the way to drive her to class, remember that you might inadvertently be sending the wrong message.

Friends With Benefits: As Mila Kunis and Justin Timberlake proved, this never works. As in, there has never been a case in the history of mankind where this type of relationship lasted. This can go either way, but I feel like â€“ based on female genetic tendencies â€“ the girl is the one most likely to get hurt in this scenario. The best thing to do is just to avoid this situation altogether
Barney Stinsons: If thereâ€™s one thing Barneyâ€™s antics on How I Met Your Mother have proven, itâ€™s that women generally arenâ€™t a fan of his bro code lifestyle. If you find yourself falling for a player (especially one with a playbook), know that chances are youâ€™re not going to tame him. Unless your name is Robin Scherbatsky.
Female Teases
The Flirty Girl: Some girls just have a naturally flirty personality. Thereâ€™s nothing inherently wrong with that, but it can lead to some awkward situations involving innocent young men who mistake friendliness for interest. This goes especially for touchy-feely girls. If youâ€™re constantly squeezing his arm or hugging him, donâ€™t be surprised if he gets the wrong idea.
Hit It And Quit It: Most guys will respect a girlâ€™s boundaries (minus the stupid jerks). If she says no, and the guy isnâ€™t too drunk to forget English, thatâ€™ll usually be the end of it. But if you start fooling around with a guy and then leave him high and dry (literally) with a BS excuse like â€œI have to go find my friends,â€ thatâ€™s the definition of a tease.
The Showoff: Iâ€™ve already discussed the evils of slut shaming this week, but that doesnâ€™t mean girls have zero responsibilities when it comes to how they represent themselves. There has to be a middle ground between nun and this. Obviously guys shouldnâ€™t assume anything about a girl based on what sheâ€™s wearing. But, as Dave Chappelle said on the subject: â€œLadies, you have to understand, thatâ€™s f***ing confusing.â€
Photo: at Cheez Burger
FacebookTweet
Life

Previous Post:International Love, Plus Some Woes
Next Post:Boost Your Own Ego