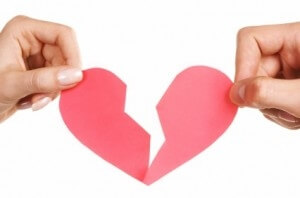 We Need a Break: A Male’s Perspective

If George Costanza taught us all one thing when it comes to breaking it off with your significant other, it’s never telling them, “It’s not you. It’s me.”

Of course, those are commonly the last lines of guys and girls everywhere looking to take a break from their relationship.

Sure, it can make sense to take a break from your boyfriend or girlfriend. People in close relationships spend so much time together that it’s inevitable they grow sick of each other – the same old jokes, the routine Friday night out, even just another bland night in the sack.

Establish how long the break will be

How are you supposed to put a timeline on a break? It’s a break, not an allotted two-week recess.

If the girl wants to figure out what she truly wants out of a relationship or the dude wants to make sure he feels as strongly about the girl as she does about him, who is to say that in two weeks they will have that answer.

You’re on a break from each other. How is that supposed to work if you’re texting and calling each other?

When one of my relationships ends or I decided I don’t want to speak with a chick anymore, I cut the communication line with them. That means no texting, no calling, no Facebook chatting, no Google Chatting, no Skyping and no Morse code. If you’re drunk and you slip up, just pretend it never happened.

In essence, a break should mean no having to think about the other person. If you’re texting her while you’re with another girl, that defeats the purpose.

Hooking up with other people

Because I don’t believe in temporary separations, I’m on the “hook up with other people” boat. How can you figure out if you have genuine feelings for somebody without experimenting with the other fish in the sea? If you don’t give a shot, you’ll never truly know.

It works both ways, too. There’s a good chance that your friends are also friends with your boyfriend or girlfriend, so the news that they went ahead and hooked up with someone else will surely reach you. How you react to that news will go a long way in helping you figure out how you feel, whether you’re jealous or you brush it off your shoulders Jay-Z-style.

He did? What a dick.

Permanent breakups are more logical than temporary breakups. Like a true breakup, time apart, little to no communication and the freedom to hook up with whoever is a must to finding out what you truly want. In other words, the closer your temporary break can resemble a breakup, the more successful the relationship will be in the long run.