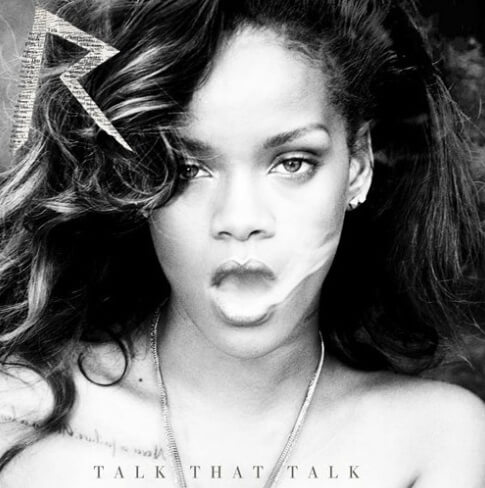 We Found Love…Or Not?

If you’re one of the millions of people who can’t get enough of Rihanna’s “We Found Love,” we’ve got great news!  The Barbadian pop princess is releasing a brand new album called Talk That Talk. Though the album officially hit stores on November 21, it already reached No.15 on the iTunes album chart thanks to preorders alone.  And with Rihanna fans and casual listeners already anxiously awaiting the release, it’s not wonder.

“I'd check it out because Rihanna has had some good songs in the past, and I'm hoping that some of them will fit my taste in [Talk That Talk],” said Alex Kwok, a senior at Boston University.

Julia Olshanetskaya, a junior at the University of Pennsylvania, is also excited that the new album is coming out. “Her music is energetic. She also has a great voice,” adds Olshanetskaya.

“I like the new single 'We Found Love,' and she always has songs that are fun to dance to,” adds Dominique Nieves, a senior at Columbia University.

And like Nieves, many students are excited for the new album because of the great impression "We Found Love" has made.

Ilona Aleksandrovich, a sophomore at the New York Institute of Technology said, “I love [We Found Love], it’s very catchy and the video is intense.”

The album is the sixth studio album for the 23-year-old singer and will feature 15 new songs many of which are about love.

“Throughout, [Rihanna] plays on the idea that we all want the same thing out of life — to be "drunk on love" (as she sings in a song of the same name),” writes Randall Roberts, in his review of the album for the Los Angeles Times. “There are odes to bad love — "We Found Love" — and universal love — "We All Want Love." "Drunk on Love," which samples the slow-burn melody of the XX's "Intro," finds Rihanna confessing that love is the only thing she needs,” adds Roberts.

Though heavy on music about love, an exciting addition to the album is a collaboration with Jay Z titled "Talk that Talk."

“I loved 'Umbrella' and 'Run This Town' and they were both with Jay Z. So, I’m really excited for the new Jay Z-Rihanna collaboration,” said Elizabeth Taras, a junior at Adelphi University.

Though many students are excited for the new album and the hits that are likely to come from it, some are less enthusiastic.

“Rihanna is a talented artist, I’m sure, but not my cup of tea,” said Alla Leventul, a junior at Baruch College.

“She is a good entertainer but her music is not original. It’s just pop stuff, so I don’t get excited,” added Yelena Belorusets, a senior at Stony Brook University.

So will Talk That Talk actually talk the talk and be a hit for Rihanna? We’ll just have to wait and see.

Previous Post:Mark Herzlich Football Career and Battle with Cancer Make for an Unusual Story
Next Post:Getting a Little Dirty