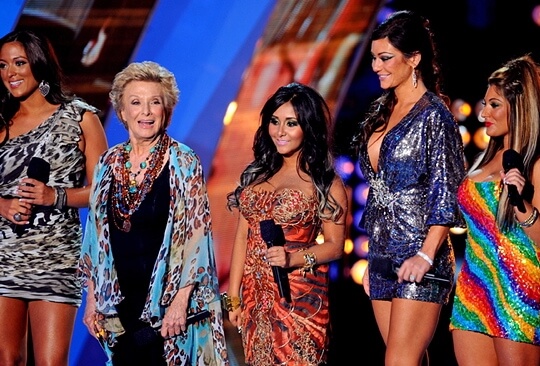 Watch Until The World Ends

Although MTV’s awards show does not hold the same stature as the Oscars, it offers entertainment for those who have a menial interest in pop culture. And despite mixed reviews, the VMAs scored MTV its highest amount of viewers ever: 12.4 million.

Since the 2009 Taylor Swift/Kanye West debacle, however, the VMAs split fans on whether the show tried to hard or did not try enough to impress them. Now, to the future: how can the 2012 VMAs redeem itself?

Kristen Tynan, a junior at Drew University, thought the VMAs never manage to live up to the hype they produce. “Everyone gets really excited about the VMAs, then it hops back and forth between being good and being boring,” she said.

How to fix the conundrum? She suggested maybe avoiding the awkwardness that ensues…particularly from stars with unique, sometimes off-putting personalities.

This year, the VMAs tried something new: the show went on without a host. Tynan believed that this worked well, but that some lackluster artists took away from the new setup.

“I don't necessarily think a host is necessary, the show did run well without one,” she said. “If they did decide to have a host, they should pick someone with high energy and who isn't awkward, because that show was a lot of awkward.” Particularly, pairing Cloris Leachman with the cast of "Jersey Shore" caused quite the generational gap, leaving the crowd with little to laugh about.

Viewers are bound to have different tastes, but in order to keep up with the ratings, Faber said the 2012 VMAs’ primary goal must be innovation.

“I think creative performances make the show the most entertaining; artists putting on more of a show rather than just singing a song,” Faber said.