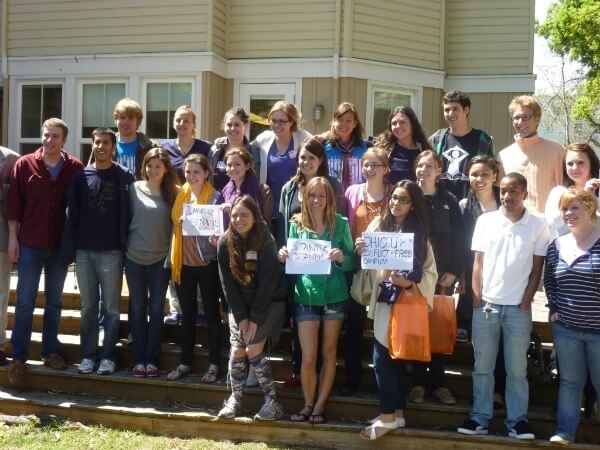 In the past six months, the world has seen a barely averted government shutdown in America, bankruptcy in Europe and riots in the Middle East. Yet widespread violence, rape and war have been customary in African countries since the 1990s when approximately 800,000 people were murdered in Rwanda over a span of three months.

The corruption in the eastern region of the Democratic Republic of Congo is the most recent example of this trend, brought to the attention of the public by Hollywood actor and director Ben Affleck as well as a student-based organization called the Conflict-Free Campus Initiative.

Affleck founded the Eastern Congo Initiative (ECI), a U.S. based advocacy group committed to relief efforts for the Congolese people, last year after extensive research into the conflict and multiple trips to the region. “The more I traveled, the more I was struck about it, the more I fell in love with the people, the more I was horrified by what was happening,” Affleck said in a CNN interview. “And the more I did, I started to develop this idea of partnering with the Congolese people and wanting to empower community-based organizations there that were doing extraordinary work.”

The Conflict-Free Campus Initiative, in contrast, emphasizes the push against the use of valuable minerals such as tin, tungsten, tantalum and gold that are found within Congo’s borders as components in consumer electronics. Much of the initial conflict originated from this competition for resources.

From April 8-10, 2011, Stanford University held the first conference dedicated to the Conflict-Free Campus Initiative, hosting 12 schools and featuring speakers such as Hewlett Packard and NGO representatives.  Participants learned more about the issue at hand and what they could do to accelerate the peace process in Congo.

“The participating students had so many great ideas about how to grow the conflict-free movement, get more schools on board and how to connect with each other,” Alex Hellmuth, student coordinator at the Enough Project, a program that works to fight genocide and crimes in Africa and the Middle East, said. “Their passion for delivering peace to the Congo was inspiring.”

To support this initiative, schools can do one of three things:

1. Push for a change in university policy for buying computers and electronics.

2. Get the Board of Directors to pass a resolution committing full support to shareholder measures that result in conflict-free products.

3. Draft a general support statement that shows support and recognition of the issue.

“There is no silver bullet for peace in eastern Congo, but there is a direct connection between our consumer electronics and the ongoing violence, and this is something that students and consumers all around the country are becoming more and more aware of,” Alex Hellmuth, Rasie Hope for Congo Student Coordinator at the Enough Project, a program that works to fight genocide and crimes in Africa and the Middle East, said.

“Since we all have a piece of the Congo in our consumer electronics products, we have a unique connection to the conflict that has caused unfathomable human suffering, and instead of feeling sad or guilty, we need to leverage this connection and use our power as concerned citizens, and more importantly as concerned consumers, to demand conflict-free products from electronics companies who have the ability to trace, audit, and certify their supply chains to ensure that conflict minerals do no make it into our products."

Leave us a comment and tell us what your university is doing to help out in Congo or other countries in need.