Valentine’s Day is SO Gay

So Valentine’s Day is here again and, surprise surprise, mostly everyone seems a little pissy about it. Or maybe it’s just me. Not necessarily because I’m single and suddenly can’t stand to see anything red like a charging bull. But more so because it’s a holiday that still seems to be catered toward straight people.

For LGBT couples, Valentine’s Day isn’t just about expressing love for your boyfriend or girlfriend. Because of the way things are, it can’t be — it has to be about pride. Which is sad, because like I always tell people, we shouldn’t have to be proud of something like that.

It is February 14th for everyone – gay, straight and even asexual.

“It shouldn’t be different for [gay people], they should do everything that straight people do,” said Nicholas Lawrence, a heterosexual junior from the Savannah College of Art and Design. “Because really, it isn’t different in any substantial way.”

He’s absolutely right, as any gay college student, taken or single. Cupid didn’t misfire when he shot all the gay people out there. But that is the look some LGBT people get when public with their affection. And not just on Valentine’s Day. I remember the first date I ever went on with a guy — he took me to this fancy Italian restaurant. Maybe I was paranoid, but sitting at a table for two with another guy felt like a spotlight.

“Unfortunately some LGBT persons in other countries, and sadly even our own, may not be able to safely and publicly celebrate that love on Valentine’s Day,” said Alex Cheeves, a senior from the Savannah College of Art and Design. “But that’s a product of the social, communal and political environment they are in, not the holiday itself.”

This is true for all 365 days a year. To some straight people, gay people aren’t really there — there are a list of issues to be mentioned on the nightly news. But to gay people, or at least myself, there is no issue whatsoever other than the way society as a whole views homosexuality. The whole concept behind Valentine’s Day just amplifies that. I’m still waiting for a gay guy to say “he went to Jared.” 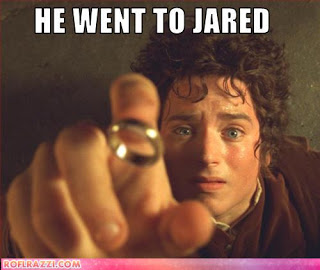 “It’s so heterosexually charged that I almost feel that celebrating Valentine’s Day with [my girlfriend] is kind of phony… God, I just realized how much I hate Valentine’s Day,” said SCAD senior Sara Uhlig. “It’s such an excuse for Americans to spend money and fight over dinner reservations.”

You can’t deny that Valentine’s Day is one of those consumer holidays. Although I don’t feel that is necessarily a negative thing, especially if the person bankrupting you is worth every penny in a priceless way. But that commercial aspect of Valentine’s is why single people tend to hate the day. We get it; you’re with someone. Congratulations to you. But you already have your anniversaries (not to mention those stupid monthly ones); do you really need to put your couples’ holiday on my single calendar?

“The day in general is now a rather cheap, commercialized and overdone affair,” said Cheeves. “But if Valentine’s Day is still seen as just a day to say ‘I love you,’ … then it’s the same for everyone, gay or straight.”

“Retailers are definitely getting their money from us too,” he added.

If you have someone to spend the 14th with, you probably already consider yourself lucky. But remember what is important. Forget those enormous teddy bears that you only buy so your girlfriend won’t feel huge after a chocolate binge.

Gay or straight, it’s a day to appreciate your love for each other. Do something quiet and toned down, your love is only between you two after all.