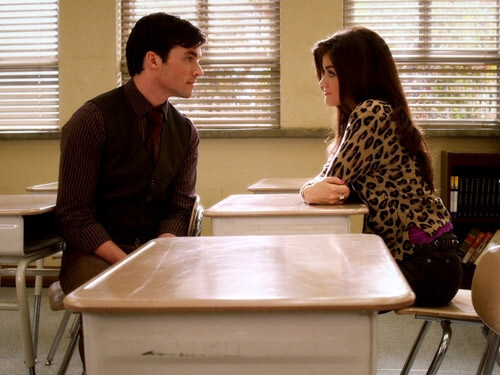 School is back in session and here we are again, familiarizing ourselves with new paths to get around, analyzing which classes we can get away with not buying the book, and figuring out which of our professors is going to be the pushover, the tough one and the hot one.

Be careful with that last one. College Magazine recently analyzed the “hot for teacher” phenomenon, but what happens when those innocent crushes manifest into full blown student-teacher affairs? Are those even allowed?

These romantic relationships have been going on for longer than we know but, believe it or not, schools didn’t start adopting policies against them until the 80s and 90s. The average college student is an adult and is therefore able to give consent. This leads many to the idea that making policies that prohibit such relationships are an infringement of the privacy of both parties.

“Such a policy is no more a privacy invasion than would be a boss/employee relationship that begins consensually and evolves into a sexual harassment power scenario,” says Temple University professor of law and ethics Thomas Eveslage. “Or saying that a pedophile’s dominance of a vulnerable child is OK because it’s a ‘consensual’ relationship.”

The abundance of sexual harassment lawsuits in the 80s and 90s refuted the idea that college students are able to give consent. This perception was fueled by feminist claims that it is impossible to give consent in a relationship where one person has considerable power over the other. Such lawsuits have led different universities to adopt different policies on student-faculty consensual relationships.

This ban is the most common and has been adopted by universities such as the University of California and the University of Pennsylvania. The university prohibits any romantic relationships when one person has direct authority over the other or could have direct authority over the student in the future. That means professors; TAs; advisors; etc. cannot have any kind of sexual or romantic relationships with students they supervise.

“I think that you should be able to date a TA since they are pretty much your age anyways and usually a fellow student,” says Chris Walker, junior at Michigan State. “They don’t have that much power over you that could make it interfere with your education.”

This ban is an extension of the aforementioned, but universities with this policy ask for action to be taken if a teacher and student are engaged in a sexual or romantic relationship. Georgetown University’s policy states that if a teacher and student begin a relationship, the student should immediately withdraw from that class and refrain from ever taking a class with that professor again. The University of Iowa requires that a faculty member immediately disclose to a supervisor when they’ve entered into such a relationship.

“I definitely understand why they have bans on such relationships,” says University of Pennsylvania sophomore, Kelly Dempley. “It can lead to harassment and can be very bias to the other students.”

The College of William and Mary prohibits faculty from being romantically involved with any undergraduate student after an affair with a professor and his married student led to her husband committing suicide. This policy is shared by Yale University. Colleges such as Brigham Young and Ohio Northern prohibit professors from having sexual relationships with students to whom they are not married.

“Students and faculty alike should know that others who know or learn of a romantic relationship between a student and a faculty member are likely to think less of both individuals,” warns Eveslage. “It’s easy for others to believe that the student is getting preferential treatment (even if that person isn’t) or that the faculty member is using his/her position of authority to obtain favors that he/she otherwise would not receive.”

Make sure you know your college’s policy before you even think about it. You may be better off searching for love in the seat next to yours.

Previous Post:The SAD Realities Of Winter
Next Post:Success with Honor