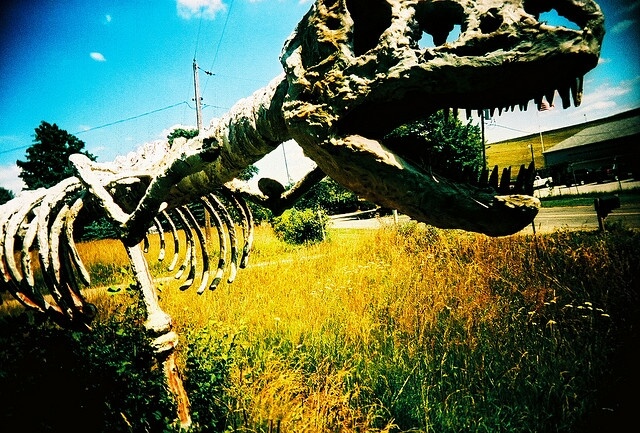 In a rocky field in southern Arkansas, giant predators once roamed, crisscrossing paths and gathering in a centralized area… and now, we have evidence.

A team of scientists, lead by Professor Stephen Boss of the University of Arkansas, discovered an entire area—about the size of two big football fields—full of dinosaur footprints that could date from 115 to 120 million years ago, as reported ABC news.

The scientists said that the field was most likely a mud flat with arid temperatures in the Early Cretaceous period, when these prints were most likely formed.

So why were these dinosaurs gathered here? That’s still a mystery…but it’s one that these scientists are hoping to find out. Using high and low technology, the team took plastered casts of the prints and used laser scanners to map out the site. Some of the footprint findings have been linked potentially with Acrocanthosaurus atokensis, an early cousin of T. rex, and with Pleurocoelus and Paluxysaurus, long-necked plant-eating dinosaurs, and easy prey.

While dinosaur prints are common, having them concentrated in such a large spot is not as common, and the university is looking further into uncharting this mystery. They’ve also said, that in reconstructing the climate of the Early Cretaceous period, it could help in predicting the Earth’s future climate changes.

Previous Post:Television Terror
Next Post:Cracking the Code of Midterm Success