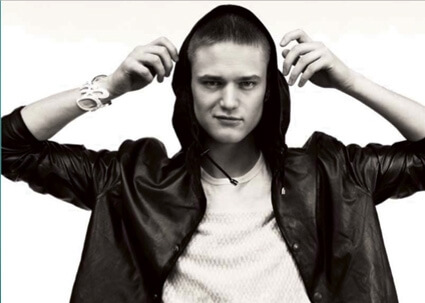 For those whose think electronic dance music begins and ends with Skrillex and Avicii, the name Adrian Lux may, at first, seem of little consequence. But delve a little underground and you will find it difficult to escape the buzz surrounding Sweden’s latest EDM act.

Lux, like many DJs before him, didn’t expect the tracks he made on his friend’s label to amount to anything noteworthy. But after his first three major efforts turned a profit, he began reexamining his options.

“When the first single had a really good reaction, it felt like I was kind of on to something,” Lux said. “And then my third single ‘Teenage Crime’ was picked up by Axwell, and I saw that this could really go somewhere.”

With the support of some of the biggest DJs across the globe, Lux’s promising future in production began. Yet while success may have come quickly for the then 18 year old, it gave little chance for the world to learn about the man behind the booth.

Now 25 and about to release his first full-length album, Lux is coming into his own as a public figure and wasting no time filling in the empty spaces. “I got really lucky when I started out, so now I take my time with stuff musically,” Lux said. “If it doesn’t work the first time around, or it feels forced, I just keep trying.”

While he is not an anomaly in the EDM world, he is certainly intriguing for someone in this business. He admittedly prefers to work with friends rather than famous DJs and likes to be well rested on tour, unlike many of his contemporaries.

It’s these little things like his love of indie rock music and the band “The Naked” that make him unique. “Things have gone the way they have for me because I’ve refused to be anyone but myself,” he added.

Most fans of EDM come for explosive tunes they can dance to, but, in light of his personable nature, Lux is generating the rare sort of following that every DJ yearns to find.

Nicole Sakin, a freshman at University of Maryland, shares why she believes Lux is a DJ of a different breed. “I just started listening to Adrian Lux, but I already love his work,” Sakin said.  “It's refreshingly real. I don't normally listen EDM, but his sound breaks down the stylistic boundaries that normally make me shy away from this kind of music.”

Lux acknowledges the fact that while he is slowly gaining popularity in various sectors, most people haven't discovered him yet.

However, he won’t let any part of this process discourage him from his goal of achieving a larger audience. In fact, it helps inspire him to push his own limitations and come up with more original content.

“I try not to copy anyone so that when people hear my music, they know it’s me,” Lux said. “But I’m always open to new sounds, and I’ll use it if I like it. I usually do dance and electronic music, but I don’t let it define my style or what I can do.”