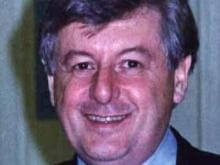 University of North Carolina, Chapel Hill professor of physics Paul H. Frampton has been arrested and will be held in an Argentine prison on charges of drug possession and attempting to smuggle drugs into the U.S.

Arrested in January, Frampton was on his way back to the Raleigh-Durham airport in North Carolina from a personal trip to Buenos Aires when he was detained. According to officials, approximately two kilograms of cocaine were found in his checked luggage.

Frampton has told the press that he is innocent, and that someone hid the cocaine in his suitcase. According to the Raleigh News & Observer, he claims he was unaware that he had any drugs in his bag.

Frampton is a well-known physicist with published research in the fields of theoretical physics, particle phenomenology, string theory, and theoretical cosmology, buthis reputation, and his job, is on the line in light of his arrest.

According to Frampton, UNC has wrongly stopped paying him and has left him struggling to finance his legal bills and other expenses. Provost Bruce Carney, Frampton believes, has changed Frampton’s salary from $106,835 to zero dollars because of professional jealousy.

“I am one of the most published physicists, and [Carny] hasn’t done much that is of interest,” Frampton told the Raleigh News & Observer.

Nancy Davis, the associate vice chancellor for university relations, confirmed the claim that Frampton no longer receives a salary, but did not explain why the change had been made.

Though Frampton claims he is innocent and believes that he will be cleared of the charges, his legal history suggests that he has had some trouble with the law in the past. According to the Daily Tar Heel, Frampton was arrested in 2005 for driving while intoxicated. Though he was later released, the arrest remains on his record.

Frampton told the chairman of his department that he’s “99.995 percent certain that he’ll be back to UNC by August,” but in the meantime, he remains in prison. Frampton is trying to secure a university job in Buenos Aires, which might allow him to be temporarily released from jail, but he would have to remain in the country until his trial.

Previous Post:March Madness Around The Nation
Next Post:Cleaning Up Your Dirty Talk