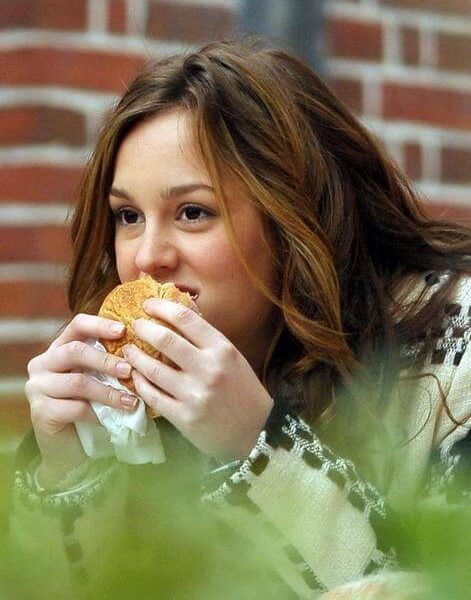 There’s no such thing as the Perfect Man. I know, I know, pick your jaw back up off the floor. I’m absolutely shattering your delusions of the dating world here. But sass aside, I’m serious. A fan favorite of my sorority, the Twitter handle “TheUndateableGirl” has become a reference point for any behavior not fit for a typical lady: stuffing one’s face with a greasy cheeseburger, strutting around on a Saturday afternoon in sweatpants, dancing like a dork with your best friends. But ask any guy who’s ever truly been in love, ladies… This is usually the stuff that makes you memorable. These ridiculous habits mark the distinction between “that hot chick from sophomore year,” and “the one who got away.” Don’t shy away from being your wonderful, mildly eccentric self, because that’s the “you” that he should be falling in love with. In my experience, the men who loved me at my worst have been the ones with whom I’ve felt the best.

My roommate has got to be one of the most put together, fashionable, composed people I know. This girl doesn’t often leave the room without wearing at least one designer, and she’s got style and grace that would impress Karl Lagerfeld.

While thumbing through my own closet, I reached for my favorite shirt – a unisex black and white checked flannel. She cringed and asked, “Are you really wearing that out, again?” And I thought about it for a second… The last time I had worn that shirt out to a bar, a handsome older gentleman slipped me his number. The time before that was on a first date, that led to a 7+ month relationship. It might not be the most elegant or sexy number in my closet, but for some reason, in that shirt, I’ve got some serious swag.

I used to panic over how to dress for a first date. Every blemish stood out. Every frizzy strand of hair that refused to be tamed screamed for my straightener. And no jeans ever fit right, they never delivered the “perfect butt” they had promised on the tag. After a while, I began to realize, the nights that I accidentally ran into someone who would later become meaningful, I hadn’t focused as much energy into looking glamorous. On those two nights I mentioned before, I had gotten ready at the last minute, practically picking up a shirt as I ran out the door. Focused more on the actual night’s events than whether or not I looked airbrushed to perfection, I’m sure I carried myself with more confidence than I would’ve if I were freaking out over every pore on my face.  Those nights were some of the best I’ve ever had, and I’ve never felt so beautiful.

Now, as far as dietary habits are concerned, I advocate eating like you like food on a first date. I’m hardly the first person to preach the positives of skipping the salad, but I’m practically carnivorous, and I’m unapologetic about it. My favorite place for dates is the local pizza joint, and I’ve never been shy about ordering a cheese steak. While this might not prompt a guy to drop to one knee – not immediately, at least – I’ve been told on numerous occasions that it was “refreshing” to see a girl eat. The general consensus from most guys I talk to, it’s not that anybody wants to see a beautiful young lady eat like a wild animal from a trough. It’s more the idea that you’re happy, confident, and self-aware; that you won’t be crippled with anxiety at the idea of ordering something that’s not low-fat, or feel forced to count calories before deciding on something ladylike. Eat how you want to eat, and be happy doing it. There’s nothing “undateable” about a woman with an appetite, so enjoy yourself.  Stop stressing and dig in.

I’m far from perfect. I insist on watching “Jeopardy” every night and I shout out the answers. I’m a control freak. I would live in sweat pants if I could get away with it. I’ve been known to visit three fast food joints in one fell swoop and call it “second dinner.” None of these habits are typically found in a Nicholas Sparks novel. But the little things make me happy, and I’ve found, over time, that the happiest relationships were those in which my other half saw the best in me, both despite and because of these little idiosyncrasies. The most in-love couples I’ve met have felt the same. That scene in “I Love You, Man” where Paul Rudd insists on playing air guitar and “slapping the bass” is most certainly cringe-worthy, but it’s also goddamn adorable, and it makes you love him all the more.

This is simply my advice to you. Believe me, I’ve stressed and sweated over the minutiae associated with today’s frantic dating world. If Carrie Bradshaw were in charge, she’d have you believing that men required an entire owner’s manual: “The Trapping, Care and Keeping of Mates.”  And so my most basic tenet of relationship counsel is this: be your best you. That’s the one that any man would be lucky to have, and at the end of the day, without the make-up, or the perfect posture, or perfect, practiced laugh, it’s really all you have, either.  Don’t try to be the girl you think he wants.  He doesn’t know what he wants, and if he doesn’t want you, then you don’t want him either.  Enjoy being you, and the rest of the world will enjoy you too.