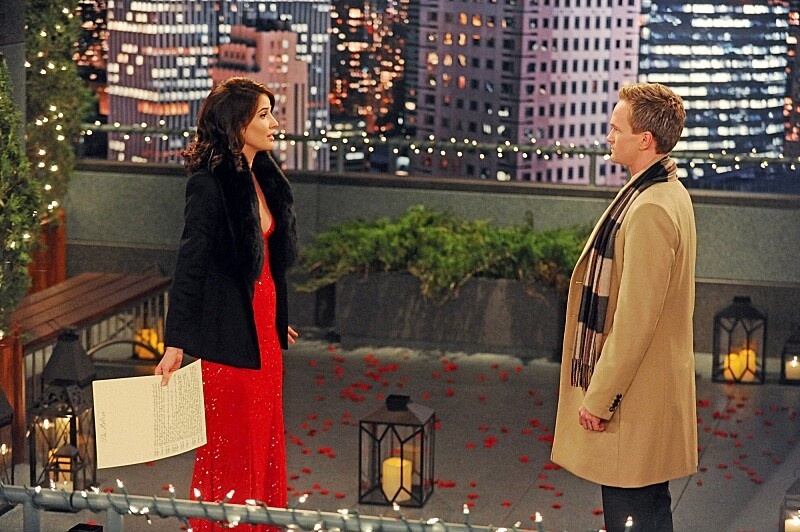 Two Days Later: Reaction To The Most Legendary HIMYM Episode Ever

Josh AxelrodDec 19, 2012
Home » Latest Posts » Two Days Later: Reaction To The Most Legendary HIMYM Episode Ever
FacebookTweet
*****SPOILER ALERT*****
Dear How I Met Your Mother,
I’m in awe of you. I don’t know how you did it, but you somehow managed to make me believe that Barney marrying Robin is the right thing to do. And you did it in epic fashion too. I’m sorry for ever doubting you.

But let’s be honest: you gave me every reason to doubt you earlier this season. Most of season eight was, to put it nicely, subpar. The humor wasn’t quite as sharp as it used to be and the situations the gang was getting itself into were beginning to stretch plausibility. Would Ted really allow Victoria’s ex-fiancé to stay with them?
The main problem was that we already knew the endgame. Ted meets the mother at Barney and Robin’s wedding. We get it. So why were we set up with the “the autumn of breakups,” where we knew Quinn, Victoria and Nick were all doomed from the get go? How was I supposed to care about any of these relationships?
Then there was the notion that Barney and Robin were destined to be together. I just never bought into it. They had so many opportunities to commit to each other and wasted all of them. How were you going to justify the two of them marrying each other after they both stomped on each other’s hearts at least once? Plus, I liked Quinn…but I digress.
Again, I am so, so sorry for being a skeptic. “The Final Page” thoroughly convinced me that Barney and Robin were meant to be. The idea to turn Barney’s proposal into his last play out of the Stinson playbook was brilliant, fit the character and was surprisingly sweet.

Robin’s reaction (calling Barney out on being a crazy person) was even better, because it was the correct human response to that level of ridiculousness. Of course, as the last few episodes proved, she’s just as insane (“Dammit Patrice!”) as him. Honestly, when she finally said yes, I was in tears. Real, honest tears. I have never cried at a television show before.
You even managed to circumvent Barbin’s (yeah, never again) biggest obstacle of all: Ted. By having him push Robin to go fight for Barney, they managed to allow Ted to give Barney his blessing in an organic way. Best part: we can finally stop focusing on Barney and Robin’s will they/won’t they and finally concentrate on meeting the mother.

Seriously How I Met Your Mother: well done. I did a complete 180 on this season. I swear I will never doubt you again. That episode was legen – wait for it…and I hope you're not lactose intolerant because the second half of that word is dairy!
Sincerely,
The newest member of Team Robney (I’m trying at least)

Previous Post:Getting Through Finals Without Help
Next Post:How the Holidays Can Affect Your Love Life