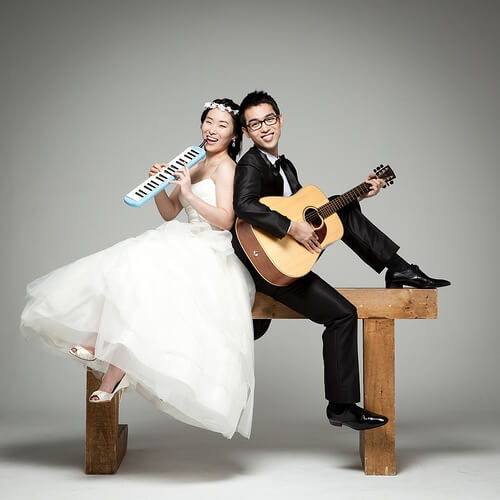 Mary Clare FischerAug 10, 2011
Home » Latest Posts » Tunes that say: Let’s hookup…forever
FacebookTweet
Yes, most college students are thinking more about their next hook-up than who they're going to spend the rest of their lives with. Yet plenty of cute "wedding" songs have cracked the Top 100 on iTunes in the past year, and many girls (and hey, maybe guys, too) already know where they want to get married someday. So listen to my playlist to discover the best wedding songs, whether they're for your special day or just because you feel like saying “awwww.”
8. Wedding Dress—Derek Webb
I wouldn’t suggest using this as your wedding song since the lyrics actually question whether getting married is the right idea, but the melody is stunningly beautiful, and Derek Webb’s voice is a perfect match.

“Book of Love” is metaphorical and honest at the same time, throwing in lyrics such as, “The book of love has music in it / In fact, that’s where music comes from / Some of it’s just transcendental / Some of it’s just really dumb.” Few songs can combine abstract concepts with such blatant, simple truth.

6. Marry You—Bruno Mars
One of many hits off Bruno Mars’ first album, “Marry You” was redone on Glee, which means it can now be classified as a catchy but overplayed cult classic.

5. Marry Me—Martin Sexton
It has such a casual, laidback tone, and it’s just too adorable to pass up.

4. The Luckiest—Ben Folds
This has been in my collection for a while now. A guy in the grade ahead of me drowned my senior year of high school, and this was the first song he and his long-time girlfriend danced to. Since then, everyone has bittersweet feelings about it, but they’re more sentimental than anything else. Moral of the story: Value your loved ones as they could disappear at any time.
3. Wedding Song (There is Love)—Peter, Paul and Mary
My first concert was Peter, Paul and Mary (I was three and the hit of the night; apparently, I danced to the music, and everyone thought I was the cutest thing ever.) They are such solid musicians, and they infuse so much meaning in this beautiful ballad.

2. January Wedding—Avett Brothers
My best friend introduced me to the Avett Brothers, and I couldn’t get this little ditty out of my head for about three days. My anniversary’s in January (no, I’m not married, just in a happy relationship) so “January Wedding” is especially significant to me.
1. Marry Me—Train

Find schools
I’m pretty sure Train was sitting around one day, and thought, “We haven’t tapped the wedding market yet. Let’s write a song that will be used in at least 50 percent of proposals and weddings around the world.” Despite the fact that it’s overplayed, “Marry Me” is so purely beautiful it induces goose bumps. Nice job, old-timers. You’ve still got it.
FacebookTweet
Life