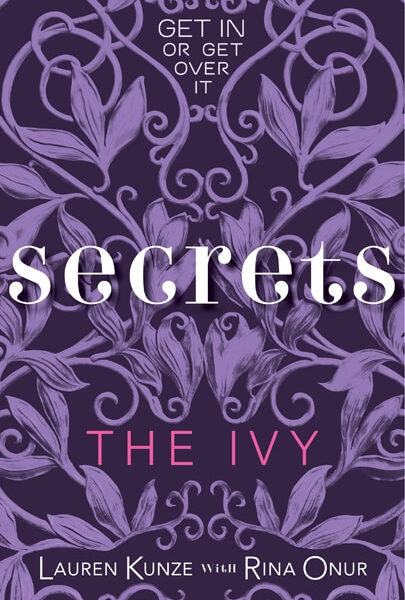 Harvard University: an institution of higher learning, the birthplace of geniuses and the home of…scandal?

Welcome to the world of “The Ivy” book series, written by Harvard University graduate Lauren Kunze with Rina Onur, where one Harvard freshman finds herself amidst an array of secrets.

The series follows Callie Andrews, a California native thrust into a fast-paced East coast environment upon her arrival at Harvard. On top of her schoolwork, she must deal with three very different suitemates and the four boys that live across the hall – which leads to many awkward, clumsy freshman mistakes.

Kunze began the writing process at school, where she majored in English and minored in neurobiology. Although primarily an academic writer, she decided to tap into her creative side where she saw opportunity. She wanted to write about college experience because there are very few books out that speak to this transitional time in a person’s life.

“A fellow classmate wrote a book about a high-schooler trying to get into Harvard, and the idea seemed very marketable, and even more interesting if a book about young adults actually took place at Harvard,” Kunze said.

The series tells a relatable story, targeted at young women in college, and will follow Callie and her friends through freshman year in four books. The Ivy and Secrets have already been released.

However, some college students – two freshmen and one sophomore – were skeptical as to how accurate a depiction of college life, particularly freshman year, could exist.

Cornell University freshman Samantha Yellen, undecided, said that while this book may apply to some, not everyone might be able to appreciate it. “People come into college with different life experiences and different expectations,” she said. “It is difficult to write a novel that accurately depicts college life from the perspective of all students. While [The Ivy] may be applicable to some, many others may not relate as well to the story line.”

The College of New Jersey sophomore Alicia Daniels, a business major, disagreed with Levy, believing college to be a universal adventure. “I would say that it's not easy but definitely doable,” she said. “College is something you have to experience yourself to understand, but if the author gives enough detail, I think it's possible.”

What can college students relate to most? A story describing a  mix of life’s ups and downs. In writing terms, this means laughter – which Kunze most enjoys writing – mixed with some heartbreak.

“It’s most fun to write about sort of the comedic elements,” Kunze said. “Drama is sort of what pulls the narrative along, more so than the comedy. The first book in the series is very episodic. Most of those experiences have very humorous aspects, all the people that you meet is more funny than dramatic. The threads linking all the episodic chapters are more dramatic, and that ultimately creates that suspense that fuels the story along.”

Kunze also had wise words for students wishing to pursue a career in writing: “Don’t be afraid to experiment taking on writing projects that will actually be able to support you financially part or full time. Breaking into the business that way and turning it into a job will pave they way for further success.”