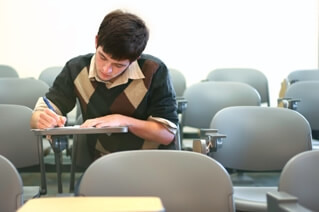 Transferring: Getting Past Those Bumps in the Road

Jacob DilsonAug 7, 2011
Home » Latest Posts » Transferring: Getting Past Those Bumps in the Road
FacebookTweet

Getting into college is quite a process: picking a school, filling out the application, writing a self-promotional essay… It can be exhausting! But what if the school’s not what we expected? Is transferring worth the journey of reapplying and readapting? More often than you may think.

New Yorker David Pollack was on a medical leave from the University of Vermont when he decided to switch to Fordham.  He was back home for a few months, which was enough time to rekindle a love for New York.  “I wanted to move back full time,” he says.  “When I headed back to UVM, Burlington was the same but the campus itself just didn’t feel right anymore.” He was on Fordham's Lincoln Center campus by Spring 2011.  Those few months out of school did catch up with him: Pollack was more than a little behind, and had to repeat the second semester of his sophomore year.  Things like this come at the cost of time, and can be quite a drawback—but Pollack saw it as an opportunity.  “I didn’t do too well at UVA,” he recalls, “so doing it over was kind of a blessing.”  Now a rising junior, he is comfortable, productive and all caught up at Fordham.  Sometimes, though, leaving is hardest part.

Bard College was not the place for rising junior Jack McDermitt.  “There were too few classes in my major of childhood education,” he says.  “It was also hard to fit in socially, and there weren’t many fulfilling activities in the area.” He’s successfully transferred into Hampshire College, but the road was bumpy.  McDermitt was on academic probation while at Bard.  “I had to write an official letter on why I was leaving and why the probation had to be lifted,” he says.  “Someone in the administration had to help out, and it took me three weeks in the end.” This may seem like a grueling stretch of time, but it’s a small price for a better college fit.  Granted, the Hampshire application is notoriously long, but the school has what McDermitt is looking for.

Finding the right school can take more than one try. Even if transferring schools means repeating a semester or pulling some strings, it helps to keep that in mind.