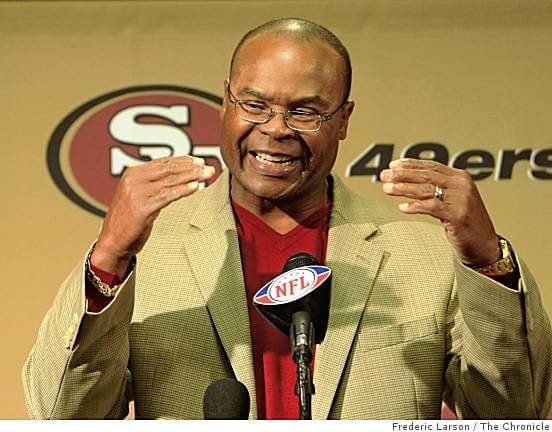 If I learned anything from the often- dismissed romantic comedy, The Dilemma, it’s that honesty is key. Unfortunately for us fans who crave raw, unadulterated and spontaneous responses from athletes and coaches, we live in a sports era where political correctness is more widespread than the Tim Tebow coverage on ESPN First Take. The rare occasion where a player or coach is honest instantly becomes a Youtube classic – just ask Allen Iverson, Jim Mora or Mike Singletary. So what are people in sports really thinking at press conferences? What are the honest answers?  Unlike Jerry McGuire, I think we can handle the truth. Lets take a look:

5. The refs blew the game for us

This one is only No. 5 because coaches and players complain about the refs. But they rarely blame the entire game on a referee’s decision. I’m talking to you, head coaches, who are trying to keep the league office out of your pocket. Yeah, I’m sure there were a lot of places your team could have done better during the game, but it’s very simple – if that ref did not make that terrible call in crunch time, you would have won. It’s OK. Say it. The refs blew it, and you’re sorry you’re not sorry.

I have heard that defenses wins championships more times than I have watched Hitch looking for helpful dating advice. Let’s step into the 2010s — (is that a term?).  Mike Ditka is not coaching anymore and the bad boy Pistons are long gone. Trent Dilfer isn’t winning you any championships in this decade; ask Alex Smith. Coaches and old-school analysists (Tom Jackson) are still trying to push the old cliché of defense wins championships regardless of the evidence to the contrary.

The Mavericks and Giants won because they had explosive offenses. Prolific quarterbacks and high-scoring guards are essential to your team winning a championship. I’d like everyone in sports to start acknowledging this fact.

3. That one play was the reason we lost

Similar to the referee one, but this quote should come out a lot more. How many games are decided by a turnover, missed layup, stupid foul or a crippling pass interference on the goal line. What do we hear after these games? “We had plenty of opportunities to win the game and no one play ever decides a game.” False. One play does decide a game, and if your Bill Buckner-esque teammate didn’t miss the layup your team would have one.

2. Honestly, we were just hungover

Let me make a not so unobvious generalization. Many 18- to 28-year-olds like to go out a drink with friends. Shocker, I know. Now let’s add money, fame and a bunch of other guys in the same situation around you all the time. This equation – not surprisingly – leads to college and professional athletes going out to bars and clubs often. And, I know this may be hard to digest, but it doesn’t only happen in the offseason.

The only time we hear about players going out is when Brandon Marshall knocks out a chick or when Plaxico Burress goes Cheddar Bob style in New York nightclub. Baseball and basketball players definitely go out during their “work weeks” and their brown-out stories from the night before would be a great explanation for their apathetic and uninterested performances the next day. It’s a good excuse. Just think about how hard it is to get out of bed on Sunday Morning.

1. Of course we are looking ahead to our next opponent

And here we have the epitome of “we know you just lied to all of our faces.” Now don’t get me wrong, the Long Island University-Brooklyn Blackbirds have a bunch of scrappers, but I think Tom Izzo and the Spartans will be able to handle themselves. But if you ask any coach if he is looking past a clearly inferior opponent to prepare for a game that may require actually playing your starters, you get the same response.

“C’mon, you know we only focus on our next game. One game at a time. These guys present us with some real problems.” Just be honest coaches. We know you are looking ahead at your next opponent’s game film and are coming up with a game plan. If you aren’t, then I don’t want you to be my coach.