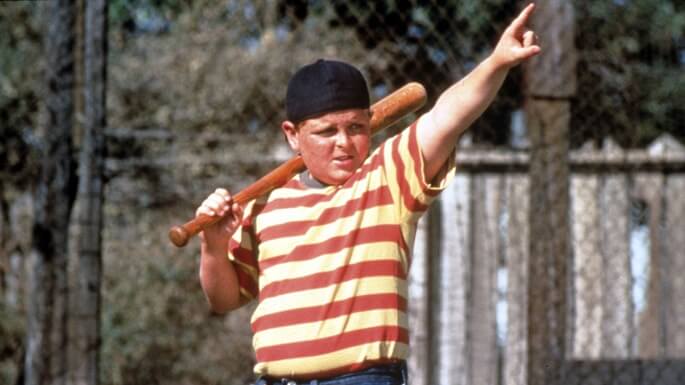 5. Angels in the Outfield

Angels in the Outfield is an amazing movie about family, friendship and the importance of believing in something – whether it’s a team, a guardian or a supernatural force. It’s both funny and impactful. This is a movie that children, parents and all sports fans alike can enjoy. The movie is also to thank for the overplayed “Angels in the End Zone” and “Fourth and God” movie ideas in response to Tim Tebow’s late-season run.

If you’ve seen this movie, there’s zero chance you underrate it. It’s kind of like mint chocolate chip ice cream, if you have actually had it, there’s virtually no chance you disliked it. Unfortunately for America, similar to mint chocolate chip ice cream, too few people have had the full on White Men Can’t Jump experience. The movie does an amazing job of exploring racial stereotypes and interracial dynamics. In addition, it has realistic and creative game scenes that are hard to find in most sports movies (I’m calling you out, Remember the Titans and Hoosiers).

Full disclaimer: this is my favorite sports movie. But being objective, this movie is severely underrated and never mentioned as even a top-30 sports movie. Monica, the female protagonist, is one of the more admirable characters in sports movies. She stands up to the boys, plays with a chip on her shoulder, deals with her anger issues and ultimately perseveres and becomes a WNBA player (spoiler alert). More importantly, though, she never gives up on the man she loves, even when he is soon to be married. Like a true lady-baller, she challenges him to a one-on-one game for his heart. Although she loses the literal game, she wins the figurative one, and walks away with the love of her life. Most influential quote of all time: “All’s fair in love and basketball.”

I have cried while watching three movies:  John Q, My Sister’s Keeper and … wait for it … Kicking and Screaming. Tears of laughter fell down my face faster than Meryl Streep in Sophie’s Choice. By far the most underrated Will Ferrell movie, his chemistry with Mike Ditka is so funny that it makes Chris Berman jealous. Not seeing this movie is a true disservice to your sense of humor.

How can this movie be overrated; doesn’t everyone consider this an all-time great sports movie?  I thought so. I was going to even put this movie on my overrated list. But then two life-changing things happened. First, I couldn’t think of anything to make fun of this movie, ipso facto, it cannot be overrated. Second, ESPN had two top-25 sports movie list. One was voted on by ESPN experts and another by you, America. Both the experts and Joe the Plumber inexplicitly left out The Sandlot in their top 25. Inexcusable. The Sandlot has had two long lasting effects on my life: I know how to properly make a s’mores (helps you out in countless sleepovers and camping scenarios) and I acquired a life-long fear of dogs.