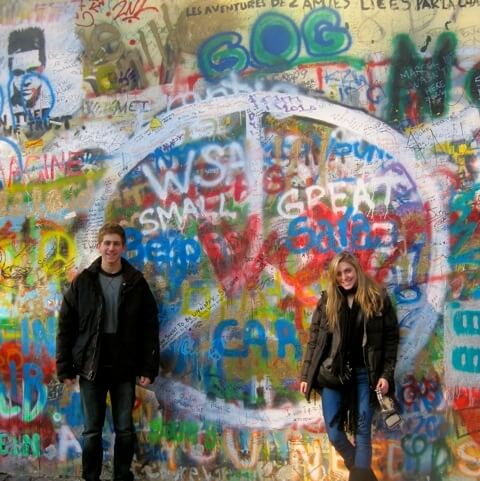 Tired of the bars closing at 2am? In  Barcelona, Prague and Paris, the clubs don’t shut their doors until 6 or 7 in the morning!  While the wild nightlife accounts for a large part of the study abroad experience, there are so many things to do that you’d never have the chance to do here in the U.S.  To name a few…

1. Travel to even more countries

Bouncing around from country to country in Europe is, in most cases, easier, quicker and cheaper than traveling from state to state in the U.S.  I studied abroad in Paris, France and a trip to London, England was less than a 2-hour train ride!  Going to Florence, Italy from Madrid, Spain is no different in length than a flight from New York to Chicago.  It’s cheap too. I flew from Paris to Milan and back for around 100 dollars.  In the U.S., there isn’t a significant difference in culture as you pass through the states; however, the amazing thing about Europe is that neighboring countries introduce you to different languages, foods, sights, customs and fashions.

2. Fall in love with the language

If you choose to travel to a place where you’ve studied the language, it is the ultimate immersion challenge.  From running daily errands to interacting with native professors, every day is a learning experience.  For myself, no more than an hour or two ever went by when I was not forced to speak in French.  Although the first few weeks will be exhausting, studying abroad gives students an incredible opportunity to become proficient in the language. Try going on a date with a local… that will improve your speaking skills in no time.

Now we’re talkin’ my language.  I can’t even begin to count the number of pictures I took of my breakfasts, lunches, dinners and desserts while abroad.  If you’re a foodie, traveling is most definitely for you.  From tapas in Spain to pizzas in Italy, from seafood in Croatia to nutella-banana crepes in Paris… there is no way you can go wrong with European gastronomy. Sampling all of these foods expanded my palate and subsequently my waistline, but it was well-worth every last calorie.

Previous Post:Inside Freshman Welcome Week
Next Post:4 Arrested at Back To School Party