We all know how good Kentucky is at basketball, or how Virginia tears it up on the lacrosse field. But what about those colleges where sports are relegated to obscurity?

Since we here at College Magazine are pretty big fans of schools who would be picked last if colleges ever engaged in some sort of weird hypothetical kickball game, we are proud to present you America’s most unathletic colleges:

This is actually only half true, as the Wildcats are actually pretty good at a lot of sports. Their women’s lacrosse team, for instance, has won six national championships since 2005. Although the school is definitely smart and may do some weird telekinesis shit en route to victory, I’m pretty sure you have to be somewhat athletic to be that good.

Northwestern’s lack of athletic prowess mostly comes from their basketball team’s inability to have ever appeared in the NCAA Tournament. Wildcats football has enjoyed some relative success as of late, though the Wildcats have traditionally been Big Ten basement dwellers.

NYU tore it up on our most hipster campus list. Since prerequisite for being a hipster is being fans of teams like the Buffalo Bills and the Pittsburgh Pirates, NYU students are actually forced to dislike sports. 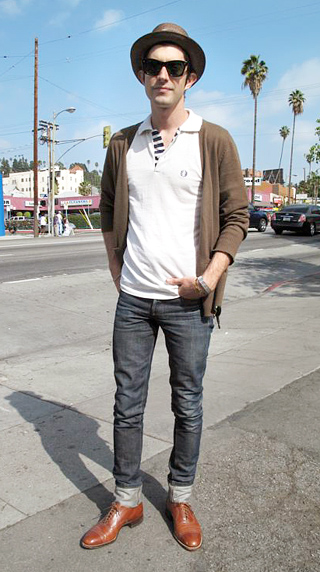 Also, skinny jeans are not conducive to any physical exertion outside of slam poetry.

My high school basketball team was not very good. One of the reasons for this was because I started. While this is some sort of weird version of a humble brag, I think we may have actually stood a chance against this year’s Tiger squad. Towson finished their abysmal season with a 1-31 record, with their lone victory breaking a 41-game losing streak dating back to last year.

If quidditch is the most popular sport at your school, and if we live in a world where playing quidditch is a physical impossibility, chances are your school isn’t a burgeoning center of athleticism.

Because the dream of many students at Sarah Lawrence College is to build a time machine and inhabit the world of Pride and Prejudice, students do not care about sports by default. In fact, one student from Unigo writes, “I tell people that anyone who liked the football team at their high school, owns more than three items from Abercrombie, or values social cliques should steer clear of SLC.”

I could only imagine what they do to people who were actually on the football team.

The rules of society have dictated that nerds are not allowed to be good at sports. While Stanford has most certainly debunked this theory, such is definitely not the case with Cal Tech. I could go on for while here, but all you really need to know was that before last year their basketball team was on a 310-game conference losing streak. I was trying to think of a good analogy here, but there is none. Between 1989 and 1998, Prarie View’s football team lost 80 straight games. This is the longest losing streak in college football history, and it’s not even close.

NJIT stands for the New Jersey Institute of Technology. But despite their commitment to futuristic progress, it appears that being good at sports is not a priority. On the school’s Wikipedia page, there is an entire section for “Recognitions In Basketball Futility.” That’s like having an awards ceremony for that kid who shows up to class three times a semester for outstanding academic achievement.

Again, another counter-culture heaven. Wouldn’t be surprised if the School decided to erect a statue commemorating the legendary blogger Carles from Hipster Runoff in their primary campus building.

This St. Paul, Minnesota school does not exactly have a proud football tradition. Macalester lost 50 straight games between 1974 and 1980, which included a 1977 season in which they allowed an astounding 59.1points per game. If there were ever those “if you’re team scores x amount of points, everyone in attendance gets free pizza” promotions back then, I wouldn’t be too surprised Macalester drove a few restaurants out of business.