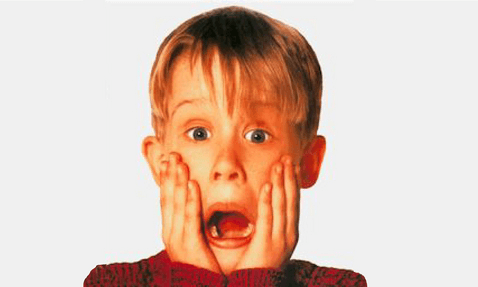 'Tis the season to be jolly, and what better way to get into the holiday spirit than by gathering around your favorite holiday movie with the ones you love! So, the next cold winter night, grab a delicious cup of hot chocolate and some great company and watch one of these holiday must –sees!

I had to start off with one of the most timeless holiday stories in existence. Although a tale of financial and emotional depression does not quite scream holiday spirit, this inspirational story of love and family is a great one to kick off those warm fuzzy holiday feelings.

No matter what holiday you celebrate, this movie is essential to see at some point in your life. This hilarious and extremely quotable film includes frozen tongues, a boy’s quest for a Red Ryder BB gun and sexy fish-netted leg lamps. If that’s not enough to intrigue you to check this film out, I don’t know what is.

Macaulay Culkin is in his prime in this side-splitting adventure. What would you do if your family accidentally left you home alone…and then you find out that burglars are trying to break in? Well if you are the spunky and witty eight-year-old Kevin McCallister, you set up dozens of hilarious traps and tricks to bag these bad guys!

This Tim Burton animation is yet another great holiday movie. The plot follows Jack the Pumpkin King as he discovers the land of Christmas and attempts to bring Christmas cheer throughout his town of Halloween. Equipped with catchy tunes and an engaging story, The Nightmare Before Christmas is a great one to check out.

Flip to almost any movie channel around the holidays and chances are that this film is playing! Who wouldn’t love this comical tale of an oversized Elf’s journey from the North Pole to New York City as he attempts to weasel his way into his biological father’s life? So don’t be a “cotton-headed ninny-muggins”, and watch Elf this holiday season!

The great Bill Murray stars in yet another amusing and unconventional take on A Christmas Carol as he plays a miserable TV executive severely lacking in holiday cheer. It’s a fun and unexpected take on Charles Dickens’s classic tale!

A truly feel good Christmas tale based on the beloved children’s book by Chris Van Allsburg. There is plenty of holiday joy to be had in this charming tale brought to life by the many voices of Tom Hanks.

For the more cynical and sarcastic take on Santa Clause, this movie is definitely for you.  Santa is definitely bad as he slips in some vulgarities and engages in some less than Santa like behavior including promiscuity and armed burglary. This dark comedy is not for the faint of heart or for those who look to Santa as noble!

This is definitely one of the best movies to get into the holiday spirit with! The fun and quirky Muppets star in the classic tale of A Christmas Carol, with a cute and touching Muppets twist of course!

Tim Allen is caught in quite the crazy predicament when he accidentally kills Santa Claus and has to take his job, unwillingly at first, but by the end of this film he grows to love it. As for the sequels of this movie…I have nothing to say. Stick to watching this fun and quirky original!