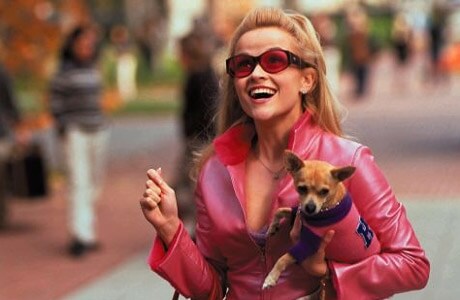 Before coming to college, many students expect keg stands, road trips and bikini-clad girls galore. While this is often de rigeur, (ok, maybe not the bikini part) our expectations and fantasies of college have usually been shaped by the countless college movies and TV scenes that have left us chanting “Toga! Toga! Toga!” in our parents’ living rooms. Although they may be unrealistic at times, college movies are always a good time, as are the experiences they are inspired by. Here are the top 10 prank-filled, scandal-ridden and at times all-too-true ultimate college movies.

When Benjamin Braddock (Dustin Hoffman) comes home after graduating college, he lounges poolside, has an affair with Mrs. Robinson and the runs off to marry her daughter, who he loves the idea of more than he actually loves her. The cover of the film says, “This is Benjamin. He’s a little worried about his future,” which is why almost 45 years after its making, this film is still such a college classic.

Sure, the average college student today might attend more “ABC” parties than toga parties and listen to more dubstep than “Shout” by Otis Day and the Knights, but we have this movie to thank for the true college experience portrayed in every film since, as well as countless dorm room posters and iconic T-shirts.

While this drama may not be filled with keggers and dorm room shenanigans, the story of a young, genius janitor solving an impossible chalkboard equation at MIT has become a classic.

A sex tape accidentally sent to his girlfriend causes Josh Parker (Breckin Meyer) and his friends to go on a road trip from Ithaca, N.Y. to Austin, Texas in order to prevent her from getting the tape and salvage the relationship. Road trips may be “the greatest college tradition of all,” but the trials and tribulations the friends face on the road are anything but.

Elle Woods is the ultimate college girl—she manages to balance her sorority, boyfriend and homework, without a brown root in sight. She only proves that she can do it all when she sticks it to her ex and graduates at the top of her class at Harvard Law. Elle proves that blondes have more fun, even when they’re studying for the LSAT.

Van Wilder is living the life, as a popular student who has been in college for seven years. While he eventually has to buckle down in an attempt to graduate, it’s easy to see why Wilder would never want to leave, and why we don’t either.

One party is all it takes for Will Ferrell, Vince Vaughn and Luke Wilson to revert to their college frat boy ways. Streaking ensues. Who can blame them?

Rather than face the daunting task of telling his parents he was rejected from every college he applied to, Bartleby Gaines (Justin Long) creates a fake college. Despite the unrealistic plot and predictable heartwarming ending, it’s hard to resist Gaines’ friend dressed as a hot dog, telling passersby to ask him about his “wiener.”

The Social Network has been called the movie of our generation, and it’s all thanks to college student extraordinaire Mark Zuckerberg—ironically, the collegiate genius created something that makes it exponentially harder for college students to get anything done. And Zuckerberg’s character is the Harvard guy you love to hate when he snaps that his girlfriend can’t have any homework—she goes to BU.

Anna is a college student from England studying abroad in Los Angeles, but when she falls in love with Jacob and overstays her visa, she is banned from entering the U.S. again and their relationship is tested.