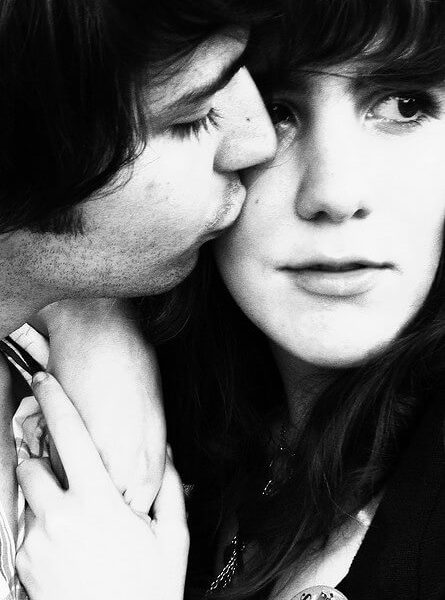 To Wait or Not to Wait…

Maryline DossouJan 26, 2012
Home » Latest Posts » To Wait or Not to Wait…
FacebookTweet

It’s hard not to think about love with Valentine’s Day quickly approaching. For most singles, it means a month-long reminder of their loneliness, but when you think about it, scoring a date might be easier than you think. In fact, those in relationships might be the one’s facing bigger issues.

While the college single is probably thinking about the casual hook up, people in budding relationships are thinking about how to keep this new found connection from falling by the wayside and turning it into something serious.

One of the main reasons couples aren’t getting that long-term commitment is because they don’t spend  the time to really get to know the other person before hopping into bed. It may be that the earlier sex is introduced into the relationship, the less likely it is to get serious.

Laura Dawn Lewis, author of The Eight Levels of Intimacy, suggests that sex not be introduced until the seventh stage of a relationship. To put that more into perspective, the eight stages are:

“There is nothing wrong with doing the 1, 2, 3, 7 dance [skipping to 7], if a fast fling or affair is all you’re interested in,” writes Lewis. “Unfortunately, for many adults it becomes the only way they know how to date and a main reason so many relationships crash and burn, especially in the first six months.”

In a generation where everything moves at the speed of light, six months may seem unreasonably long, so what is the equivalent of six months to college students in this day and age?

“There should be a buffer period of getting to know a person before you become intimate with them. I think at least 3 dates would be the minimum, however, I would not judge a woman for having sex on the first date if they are comfortable enough with their sexuality,” says Jennifer Eguizabal, University of Maryland senior. “I don't think there's a set time where sex is appropriate.”

Some students feel that it should be up to the couple, not a set of rules.

“I don't feel like two people should operate under boundaries, but should rather act on how they feel about the other person. If they’re comfortable enough with that person to have sex on the first date then so be it,” said said  Nnamdi Obodo, University of Virginia senior. “I do think that before two people have sex they should at least get to know each other enough, especially if they plan on building a solid relationship.”

Another student felt that waiting is safer.

“I think between three and five months is a good time. It’s not a good idea to go there on the first date if you’re trying to have something serious because you don’t know that person’s intentions. And for guys, you don’t know what’s going on with that girl, if she has a disease or something,” said Isaac Ojo, senior at Bowie State University.

So there’s no defined period that works for everyone, but make sure you’re both on the same page. And waiting doesn’t have to be torture. There are plenty of things you and your new love can do without going all the way. Gradually covering the bases in the time leading up to the big home run can be a good thing. You two will be getting more comfortable with each other’s bodies, thus minimizing any awkwardness on the first night.

Previous Post:Copenhagen 2012: The Arrival
Next Post:Let Me Be Your #1: Playlist