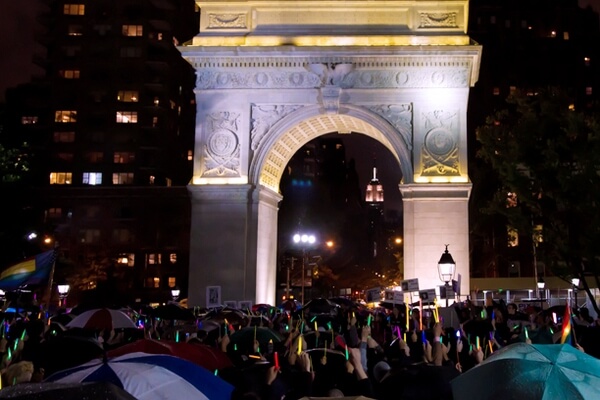 To Save a Life

Diana KraikittikunAug 19, 2011
Home » Latest Posts » To Save a Life
FacebookTweet

Early October of last year, people of New York City joined together in what was a meeting of two extremely powerful and possessing emotions: hope and despair.

Throngs of LGBTQ and straight youth and adults alike united at Washington Square Park in their silence, their mourning, their tears, and their hopefulness at a vigil remembering the recent teen suicides resulting from homophobic bullying. I was one of the many in attendance at the vigil and inside of me stirred an impossible and uncomfortable culmination of feelings—there was confusion, because I couldn’t understand the reasoning behind the bullying, anguish because of the gratuitous loss of life and of the realization of what human beings are capable of, and worst of all, there was hatred because of the bullying. In the wake of my own depression, I looked at faces in every direction and saw that I was not alone in my emotion.

Some of my friends call me, hopeless and desolate because they fear what their parents and friends will think if they find out that they are gay. They’re terrified of the consequences of just being who they are, and have even confessed to wishing to take their own lives, believing that somehow, it would be better if they hadn’t existed. What is a person supposed to say when her friends have lost hope? I didn’t know.

I called the Trevor Project, an amazing suicide prevention service and hotline for LGBTQ youth, celebrating its 13th year, and found some answers:

The whole point of talking to a friend who is threatening suicide is to make them feel understood and heard. Listen and don’t interrupt, even if your friends are saying something disturbing or something that you don’t like. Don’t ever make your friends feel like what they’re feeling is wrong, because doing so may only further isolate them. Continue to let them speak and reiterate that you’re listening by repeating the things they say back to them; let them know that you understand.

If someone says that they want to take their lives, ask them why. Keep on asking why. Almost always, they will also tell you what’s keeping them alive. Listen in for those details and from then on, focus the conversation on what’s holding them back from suicide. Ask more and more questions about why they want to live instead, and hopefully, this conversation will help them to revalidate those reasons for living.

Ellen Degeneres said it better than anyone, “Things will get easier. People's minds will change. And you should be alive to see it.”