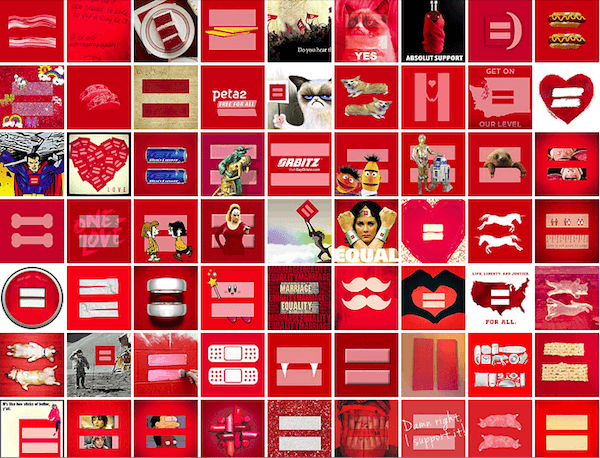 Too busy arguing with friends over Facebook about gay marriage to pay attention to anything else going on this week? Here's what you missed.

Well, if it's not one earth-shattering issue then it's another. As if the Supreme Court's debate over DOMA and Prop. 8 wasn't enough, Towson University's White Student Union decided to spark yet another national debate about racism by starting student patrols to defend against the "black crime wave" on campus. Don't worry–WSU realizes that not everyone fully understands the situation. According to their blog: "For those who are not Towson students it seems hard to fathom that every single day black predators prey upon the majority white Towson University student body. White Southern men have long been called to defend their communities when law enforcement and the State seem unwilling to protect our people." We can't make this stuff up.

2. On the topic of discrimination…

And you know we can't have racial discrimination without a little bit of religious and political discrimination too. Virginia has passed a new law that states colleges can't refuse to fund student groups that don't accept members based on religious or personal beliefs. According to one of the law's authors, "It's perfectly reasonable for an organization to expect its members to agree with, and be good examples of, the organization's mission." Because apparently, that idea can't be upheld unless those groups receive money. Which comes from student fees that are paid by everyone, including those who will be discriminated against. Because that makes sense.

While some college dorms put out bowls full of condoms on the weekends, at other schools it's more of an underground operation. At Boston College, school officials are threatening disciplinary action against students who have set up locations on campus where contraceptives and safe-sex information is available because it violates the university's Roman Catholic values. Someone should tell BC that there are worse problems to have… like rampant STDs.

In yet another case of colleges reversing progress on matters of sexual health, Central New Mexico Community College administrators have suspended the student newspaper for publishing an issue devoted to sex. While the CNM Chronicle is funded by the school, shutting down the student-run publication could be a violation of First Amendment righs.

5. At least there's some good in the world.

There were tons of reactions to the Steubenville case on the internet, but perhaps this 30 second video has been the most meaningful. See for yourself.