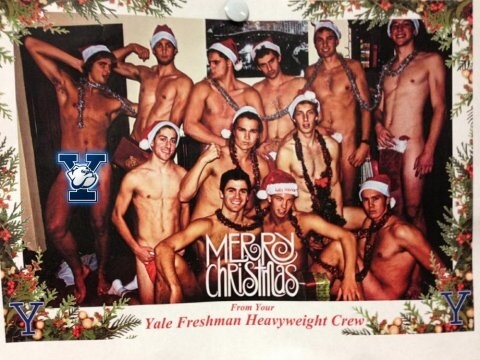 Here at College Magazine, we know you're busy. Between clubs, hitting on members of the opposite gender, work and maybe even going to class, how are you expected to actually follow the news? Unless it's in the college paper or literally EVERYWHERE, it's hard to know what's up. We get it. That's why CM is kicking off our weekly "This Week's Cheat Sheet." Spout some of these little tidbits of news off at your Friday night date and you'll sound smart, worldly and sexy with knowledge. You're welcome.

1. The Fiscal Cliff — So, you would have had to have lived in your bed all winter break to not have at least heard the term Fiscal Cliff, and even then you might have heard your parents mention it  around the house. If you have no idea what it is, check out this article we wrote earlier in the week.  In case you missed the dramatic conclusion, you could probably go on any website in America and it will tell you. But since you're already here, I'll just spill: eventually, and a little late, Congress reached a decision. A compromise bill, the American Taxpayer Relief Act, delays the budget sequestration. If you want to know more about the Fiscal Cliff, Wikipedia has a wonderful article including a timeline. Wiki, when do you ever fail us?

2. Hillary Clinton's Hospital Visit — Former Secretary of State Clinton was rushed to the hosptial with a blood clot in a vein in her head. Clinton, 65, was admitted on Sunday and was discharged on Wednesday. She is expected to make a full recovery, much to the joy of those already prepping their Clinton 2016 shirts.

3. Naked and Famous — No, not the lovable indie rock band. This goes out to the hotties on Yale's freshman heavyweight crew team, who stripped down for its Christmas card this year. Yale crew has had a serious side to its teams getting in the buff, but this pic seems to be all in good fun. And boy, is it buff, brawny and beautiful.

And there you have it, folks. Three nuggets of information to keep you in the loop for what is going on in the world. You keep your grades up, and we'll keep you posted. Enjoy.