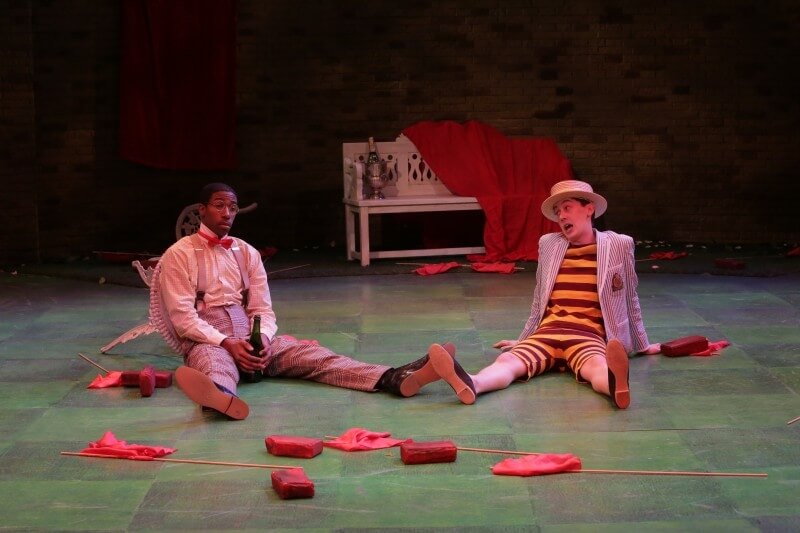 In the third edition of “Theatre Talk,” current Juilliard Drama senior Corey Dorris discusses his training at both the conservatory and the University of Michigan, as well as the different paths that face him as he prepares for graduation.

CM: The cliché but necessary question: What inspired you to become an actor?

CD: “The storytelling. Ultimately as an actor you’re a storyteller, and whether they are my stories or other people’s stories they are my stories, I wanted to be a good storyteller. Ultimately I think that plays, movies, whatever you’re in,…I think it has the power to say something to people and to ultimately mobilize people and I would hope that most of what I do in the future has something to say of importance.”

CM: How has studying at Juilliard been different from studying at the University of Michigan?

CD: “…I’m [at Juilliard] from 9am to 10 pm every night, so it’s a good 13 hour day, every day. It’s a much more intense training…Michigan really couldn’t do that because they weren’t a conservatory program, they were still within a larger university.”

CD: “Throughout the week it’s a bunch of classes. We have movement classes, we have voice classes. I have about four voice teachers. We have Alexander classes, we have acting classes, and then we have other classes that sometimes last a semester or two…specialty classes and whatnot. Typically it’s from 9am to about 6 or 7. We have a lunch break for an hour, we have a dinner break for an hour, and then at about 6 or 7 (it depends on the day) we’ll go into rehearsals until 10 o’clock.  We run about 4 plays a year, whereas at Michigan you weren’t necessarily cast in all the plays, so you might only do one play a year, if that.”

CM: When you’re watching a performance, what is the first thing that you recognize or are drawn to? What stands out to you the most about an actor?

CD: “I can just really tell when an actor is on stage and really just having fun and I think that that’s something that manifests and the actor kind of just being free…and not watching themselves on stage. When I say ‘having fun’ it’s not necessarily that they’re on stage joking around, but you can tell that they’re enough in their bodies and loose enough so that they’re not thinking about every move that’s happening or every word that’s being said, but they’re just really in the moment. I think watching actors who aren’t that way kinda makes me nervous, but I feel safe when I’m watching somebody who just feels like they’re very free…”

CM: If you could tell theatre students studying in college right now to focus or really practice at one thing, what would it be and why?

CD: “I think a lot of times we’re always very worried about the ‘getting there’ or the end of the journey, and when we ‘make it’, I think… it’s important to realize there is no ‘there,’ there is no ‘making it.’ As an actor, you’re always going to be seeking work…you’re going to be going from job to job. You’re always going to be seeking work and for the most part, you’ll always be auditioning. I think [what is] important to remember that the here and now is just as important [and] the life experiences are just as important and that will help feed your acting in the future…Just make sure that you dive in and give it your all…show up now.”