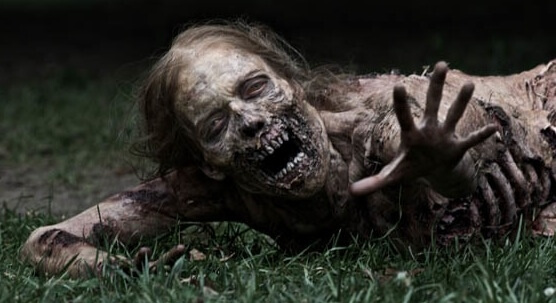 You can learn a lot about a person by the way they react to a zombie apocalypse. Yes, that’s actually on my list of first date questions, and yes, that is why I’m still single. Nevertheless I still watch these thrillers and take notes, too.

If you’re as huge of a fan of AMC’s The Walking Dead as I am, then you know how each episode of Season two left us begging for more… mostly because nothing actually happened. But last week’s season finale was one of TV’s best and must be fleshed out. Beware: the following will be chock full of more spoilers than an air born quasi-T-virus. If I’ve said too much for you already, go catch up with Rick and Shane, then get back to us.

First of all, this season was all about a boring farm surrounded by a boring forest, minus the occasional missing child that we really didn’t care about. Of all the characters to spend seven episodes searching for, why Sophia? We care about her less than T-dog. But don’t worry, she’s dead, along with Dale and Shane and a few farmers. And that’s all this season did for us. Yes, there were a lot of character and relationship developments during the ordeal, but do we really feel like any of the characters have evolved since the end of season one? Not a chance… other than maybe Glenn is no longer a virgin and Carl could star in the sequel to We Need to Talk About Kevin.

But with Shane dead, the farm gone and winter quickly approaching, what can we expect for our zombie fighting Scooby gang? Let’s discuss.

The Virus is Airborn

Oh no! All our heroes and the world are infected by this zombie making virus. This means anyone dead without a head wound will turn into a zombie when they die. Now we know there is no place safe from zombie infection. Also, I’m feeling a medical cure will be necessary for any kind of Deus Ex Machina to patch up the planet.

Michonne and the Prison

I mean, who wouldn’t want to be saved from certain death by a katana-wielding, cloaked woman shackled to two zombie amputees? Michonne is a new character and fan favorite from the comics that may be more badass than Mila Jovovich and Leon Kennedy combined (read: she kicks butt). Anyone who can walk around with a Japanese sword to surgically remove brains is a friend of mine, and I can’t wait to see her in action and see her interactions with the core group. If you paid close attention to the last five minutes of the episode you’ll have noticed the looming prison backdrop behind the forest. The prison will serve as the main setting for season 3, and I can’t help but think, “Wow what a great new playground for Carl.” I bet that one will end up in hilarious situations.

The coming season (pun) is going to offer a whole new set of challenges to the group. Besides the fact that it necessitates a proper shelter for the posse, it could mean new habits for the walkers. What does a zombie do in the winter? Grow out its coat? Store up some fat and hibernate for a few months? All I know is that this coming season is going to have a wicked awesome Christmas special.

So that’s my two cents on The Walking Dead. My season three wish is for T-dog to finally get some lines and for Lori to have a hasty miscarriage, because I’m sick of her complaining. The Walking Dead is set to return to the tube in fall 2012. Until then, have out on hashing out.