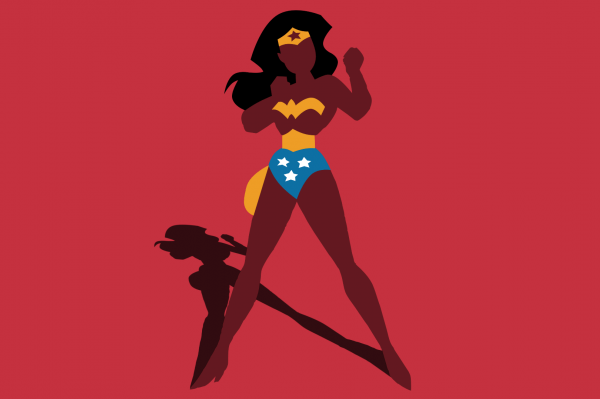 The ‘W’ on My Chest Does Not Stand for Wonder Woman

Carm SaimbreMay 19, 2015
Home » Latest Posts » The ‘W’ on My Chest Does Not Stand for Wonder Woman
FacebookTweet

My freshman year of college was 100 percent worry-free: school was paid for, my parents brought me home-cooked meals whenever I asked and my social life was pretty sound. But as my first year of college came to a close, I wanted a little more. More money, that is. So I started searching for on-campus jobs.

Last spring, I was hired as a Community Assistant at one of several 24-hour service desks in the residence halls. That summer, I was also awarded Federal Work Study, so I found another job working as an Office Assistant in the English department.

By the first week of classes my sophomore year, yours truly was juggling two part-time jobs five days a week, on top of 17 total credit hours. I was Wonder Woman and I was soaring.

Until the end of September, when I was incredibly burnt out. It took less than a month for me to realize that I’d bitten off way more than I could even begin to think about chewing. I’d lost my cape mid-flight and I was in the middle of a dangerous free fall. But I wasn’t going to admit it.

The way the math had worked out, I was supposed to be studying for 11 hours on average every day—and that’s without counting class time. As a huge advocate of getting proper amounts of sleep, that number made me cringe.

Holding two jobs that required such different hours was also shock to my schedule, especially since I hadn’t worked as a freshman. My shifts could start at 3:00a.m. or 3:00p.m.—it depended on the day.

Time management and I had become mortal enemies because I had little time to manage. Sleep was a foreign concept. Sanity was out the window. My motivation had disappeared before I could catch it and I was constantly stressed. My free fall was accelerating at a terrifying rate.

If I wasn’t working, I was in class. If I’d skipped class (which happened quite a bit), I was catching up on homework. And if I wasn’t doing homework, I was compromising my academic life for a more social one. I’d fallen into an unhealthy cycle of shaving hours off my schedule, but not accounting for them later.

But I figured the semester would slow down at some point…right? I’d be able to play catch-up one weekend for sure…right?

In one of the scariest moments of my college career, I found myself sitting in the Mental Health Center, face-to-face with a reality I didn’t want to come to terms with: I was at rock bottom. I’d fooled myself into thinking I could handle everything and the truth was, I couldn’t. My cape-less free fall ended with a horrendous face plant.

Not only was my job performance suffering, but my grades were on the rocks and my mental health was in the worst condition ever. For the first time in my life, stress was making me physically sick. I spent many afternoons and nights crying instead of going to class. At my lowest point, I considered taking the spring semester off, possibly longer.

I wasn’t sure whom to turn to—I’d done a pretty good job of masking my free fall as a new way of flying. In reality, I was flailing helplessly.

The woman I spoke with at the Mental Health Center told me I needed to cut back somewhere and suggested leaving one of my jobs. There simply were not enough hours in the day for me to do everything I was trying to do and be fully functional.

But where was I supposed to cut back? At the time, giving up either of my jobs sounded like a horrible idea. The thought of leaving my Community Assistant job upset me greatly because I adored my co-workers, and I knew I wouldn’t be any happier or less stressed if I left. Walking away from federal work-study wasn’t too appealing, either.

So I took a hard look at my course load.

For the first time ever, I withdrew from a class. My grade in the class was a dismal ‘D’ and the workload was overwhelmingly high. After running my decision past my academic adviser, the dreaded ‘W’ found a home on my transcript.

As someone who prides herself on her academics and her intelligence, withdrawing from a class was a hard slap in the face. I beat myself up about it for weeks. In my books, it was a loss.

But even Wonder Woman had to learn the difference between what’s manageable and what’s necessary. She had to earn that ‘W.’

Born in D.C., raised in Maryland, heart set on the world. Junior broadcast journalism major at the University of Maryland. When she’s not in class, Carm enjoys diving into a good book, supporting the Terps, or taking D.C. trips on a whim. 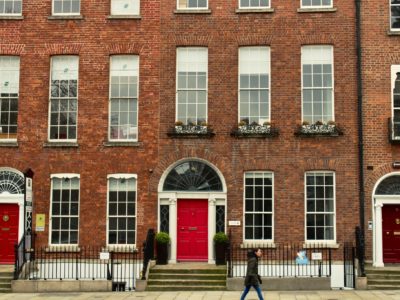 A Means to An End

Previous Post:Why Going to School at Home Was the Best Decision I Ever Made
Next Post:8 Reasons to Get Off the Couch This Summer