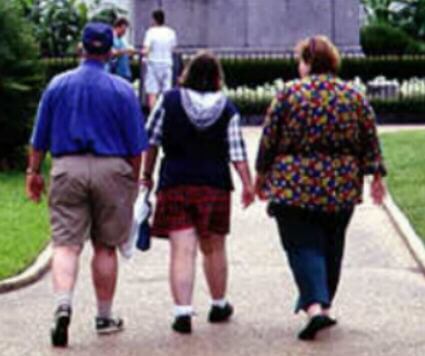 Last week my family came to visit me in Spain, and we decided to make a trip to the mountaintop monastery of Montserrat, located just outside of Barcelona.

While on line for lunch in the cafeteria, two boys speaking German shoved past us to join their friends. It was just two people, so we decided not to say anything, but soon three more Germans rudely pushed past us to join the growing group in front of us. My mom and I picked up our trays, walked past the group of Germans and plopped our trays down right in front of them. “Hey, no cutting the line, Americans!” cried one boy in outrage.

He had cut us in line literally 30 seconds earlier. I’m sure he went home and told all of his friends and family how rude some Americans were to him, no doubt promulgating the Ugly American Stereotype even further.

It’s no secret that Americans aren’t the most well-liked group of people on the planet. We’re often thought to be loud, rude, unhealthy and lazy. Stereotypes clearly based on the bad experiences of Europeans with a small number of detestable tourists.

I’ve met some extremely unpleasant Europeans during my time abroad, but I would never generalize that every European is unpleasant. Yet Europeans have no problem generalizing the negative qualities of some Americans to our entire population.

Stereotype: Americans are loud and rude.

Fact: My French classmates routinely stroll into our hour-long class 30 minutes late and then proceed to laugh and talk with their friends at an above-average volume throughout the rest of the lecture.

Our Spanish housemate and her boyfriend have frequent screaming matches in the hallway at 1 a.m., and last week they broke the window in our bathroom and left the glass lying on the floor for hours. Obviously I assume that not all Europeans are like this, but not all Americans are loud and rude, either, so why do Europeans get to assume that we are?

Stereotype: Americans are racist because we waged a Civil War over race.

Fact: A Spanish girl living in my residency was kicked out for harassing our housekeeper because of her “inferior” race (she is of South American descent).

America is a melting pot, and few European nations have had to confront racial conflicts and issues simply because they lack America’s racial and ethnic diversity.

Fact: Obesity and general unhealthiness are obviously huge issues for the US, but while Europeans may not weigh as much, it could be because nearly 30% of the European Union’s population still smokes cigarettes daily.

Fact: Spanish banks close at 2 PM for the day and numerous Europeans still leave work to enjoy a siesta/naptime period in the mid-afternoon.

Europeans certainly don’t think so highly of us. What I’ve learned in my time abroad is that Europeans and Americans share many of the same vices. They’re just manifested in different ways.

Previous Post:Have a Very Sexy Easter
Next Post:Why I Can No Longer Pretend to Like EDM