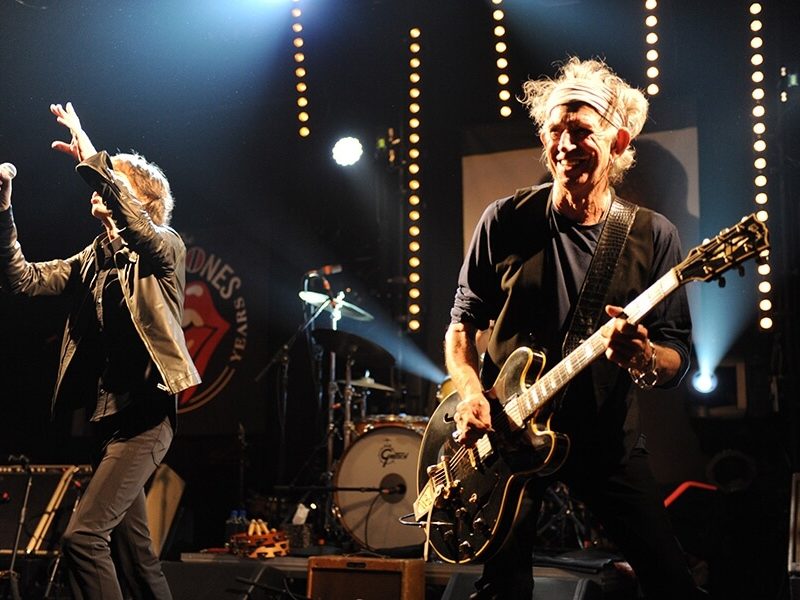 The Top 10 British Musicians of All Time

Ever since the Royal Wedding and Prince Harry’s bare-bottomed Vegas fiasco, one thing is certain: we all have Britain on the brain…or at least British boys. With great hair and British accents, it’s hard to go wrong–but there’s a fine line between the Beatles and the One Directions of this world. We count down the best British musicians of all time.

Duh. Not only have their albums changed the music industry, but they are also responsible for starting the whole British Invasion thing. They were the first band to attract swarms of screaming female fans, which, let’s face it, has become pretty commonplace. It goes without saying how influential their music has been in the music world – it speaks for itself.

In their early days, The Beatles were cute guys, with their charming accents, mop-top haircuts and matching suits. It was almost as if mothers would have been proud to have their daughters bring home any of the Beatles. But no parent anywhere wanted his daughter to bring home Mick Jagger, Keith Richards or Brian Jones. They were the anti-Beatles. While the Fab Four were singing safe, cheery songs like “Can’t Buy Me Love,” the Stones played dirty, sexy rock and roll heavily inspired by American R&B. The Beatles were “safe”; the Stones were “dangerous.” Girls liked The Beatles; dudes liked the Stones. And, until the late 80s, the Stones cranked out hit after hit after hit.

Check out: “Paint it, Black”

Zepplin were one of the biggest acts in music history…anywhere. They’ve sold more records than any musical act in the US except for The Beatles, Elvis Presley and Garth Brooks. I think part of this is because Zepplin offers something for everyone: drunken rednecks love their rock and roll; more intellectual types can try to decipher Robert Plant’s opaque, yet seemingly meaningful, lyrics; and musicians can appreciate the pure talent that Jimmy Page, John Paul Jones and John Bonham brought to the table.

Check out: “Stairway to Heaven”

This legendary band wasn’t as big as Zepplin, and their influence on future musicians was perhaps the most subtle of any of this list. Sure, there are a lot of bands that might have copied Floyd’s sound, but I’m thinking their influence wasn’t as obvious as most. Still, they’re incredible.

Check out: “Wish You Were Here”

I’ve always felt a bit sorry for The Who. They were incredibly popular and had a huge influence on a lot of early punk bands, especially The Jam. They were a big influence on Mod culture, had 18 Top 20 singles in the UK and put on some of the most famous concerts in rock history. But they always seemed to be a second-tier band compared to The Beatles or The Stones.

Fronted by the impossibly charismatic Freddie Mercury, Queen is one of the most successful bands of all time. Some estimates suggest their worldwide sales are as high as 300 million records… And who could forget their performance at Live Aid? Their legacy truly began in 1975, with the release of 'Bohemian Rhapsody'.

The Clash was an English punk rock band that formed in 1976 as part of the wave of British punk. Along with punk, their music incorporated elements of reggae, dub, funk, rap, dance, etc. It’s actually quite possible that One Direction ripped off The Clash with their song “Live While We’re Young.”

Check out: “Should I Stay or Should I Go”

The Gallagher brothers stormed British pop in the 1990s when they formed the band Oasis and we consider their tunes some of our favorites. If you don’t know the song “Wonderwall”, get out from under that rock!

The folk sound of Mumford and Sons makes girls fall in love and it doesn’t hurt that they are polite, attractive and English. They have even entertained Barack Obama at the White House and their album Babel was fastest-selling in the US last year.

Check out: “I Will Wait”

With his ginger hair and fast-talking lyrics, Ed Sheeran is quickly taking the world by storm. Move over, Ron Weasley–Sheeran is definitely our new favorite red-haired Brit. If this list wasn’t ‘of all time’ he would be our number one. Ed Sheeran, “Kiss Me”?

Previous Post:Top TV Inspired College Shenanigans
Next Post:Dialing in: How to Ace Your Phone Interview