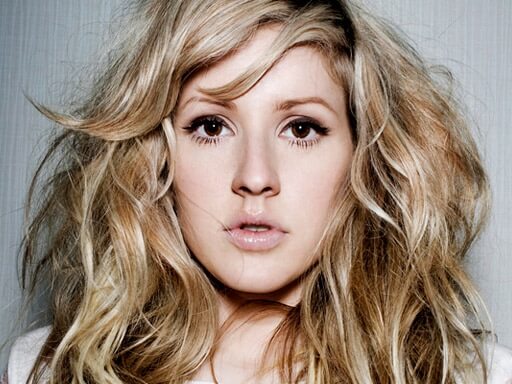 Michele CorristonJun 14, 2012
Home » Latest Posts » The Summer Hook-Up Playlist
FacebookTweet
Sandy and Danny had it right — every steamy summer night deserves a well-choreographed musical number. For an update on summer loving songs, check out our hookup playlist. Think less Broadway, more electro-pop.
Climax — Usher
Get your mind out of the gutter: Usher’s latest track, produced by electronic master Diplo, is about the end of a relationship, not of a sexual encounter. But Usher’s smooth croon sets the mood for an intimate hook-up sesh.

Under the Sheets — Ellie Goulding
Another softer song, “Under the Sheets” is tinged with Goulding’s usual romanticism. But this isn’t a sappy love song. “We’re under the sheets/And you’re killing me,” she sings. The beat is bubbly and Goudling’s voice is innocent, but her dirty words evoke summertime naughtiness.
Ladi Dadi — Steve Aoki feat. Wynter Gordon
Electronic music gets erotic with Aoki’s pulsating beats. Turn up the heat and try mimicking the music video’s sexy and aggressive battle.
Waves — Jhameel
Relatively unknown pop singer Jhameel is a hit in the blogosphere but relatively unknown on the radio. Rap fans will recognize his sumptuous voice from the chorus Hoodie Allen’s track “No Faith in Brooklyn.” “Waves” is airy and infectious, a break from steamier songs.
High for This — The Weeknd
The newly crowned kind of slow jams, The Weeknd is a sort of Robin Hood for the Internet generation, posting his R&B albums online for (often) free digital download. Since MTV has called him the next Michael Jackson, it’s only fitting that you get down and dirty to his sensual songs. Also check out Ellie Goulding’s cover of “High for This.”
Summer Skin — Death Cab for Cutie

Find schools
For a nostalgic spin, party like it’s 2005 and play indie darling Death Cab’s ode to the summer fling. The music is beautiful, the lyrics are haunting and the vibe is cautiously romantic.  As Death Cab reminds us, every hot August hook-up must come to an end.
Take Me to the Riot — Stars
This Canadian band has been overlooked for too long. Their lyrics are pure poetry, and their music is a satisfying blend of indie and alternative pop. “Take Me to the Riot” is dreamy and earnest like summer love should be.

Jump In the Pool — Friendly Fires
There’s no better way to cool off from a sizzling hook-up than a nighttime swim. Skinny dip to this guitar-and-drum-heavy song. From the singers’ sexy British voices to the almost tropical music, “Jump In The Pool” is perfect for summer.
Swim Good — Frank Ocean
Like The Weeknd, Frank Ocean’s voice drips with honey. On the soulful “Swim Good,” Ocean melds R&B with pop for an irresistibly hip sound.
The Night Out — Martin Solveig
Bring the dance floor to the bedroom with this hip-shaker by French DJ Martin Solveig. There are dozens of remixes floating around the Internet, but stick with the original single for a fun and flirty finish to your summer loving. If the electric guitar riffs don’t get you going, the sultry vocal track will. To put it crudely: When the bass drops, so will your panties.
FacebookTweet
Life