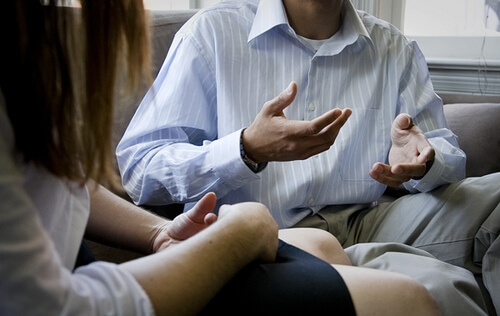 On a list of the most potentially awkward questions to ask on a first date, anything regarding sexual health ranks high. Most people feel uncomfortable discussing topics like politics or family on a first date, let alone something bodily. Now that is in the ideal world where college students actually date. Let’s be realistic, most college hook-ups happen at a crowded, sweaty house party or bar when alcohol has already clouded judgments. Names are elusive, let alone remembering the dangers of STD's.  Even with long-term, committed relationships broaching the subject of sexual health can be a daunting task.

“The difficulty is that many people are too afraid to talk about anything to do with sex regardless of how long a person has been in a relationship,” said Wentworth Institute of Technology student Susan Wing. “To ask about someone’s sexual health may either sound accusing or imply what a relationship may or may not be ready for.” Discussing sexual health seems to imply some level of commitment and perhaps even connotes a sense of maturity that we as college students are reluctant to accept.

Instead of talking about sexual health, Andrew Reilly, student at University of Vermont said, “it is just easier to sweep it under the rug and hope for the best.” Despite nonchalance among most of the student population, sexually transmitted infections are on the rise in our age bracket. The Center for Disease Control (CDC) reports there are approximately 19 million new STD infections each year and according to the American Social Health Association (ASHA) half of the new cases reported will occur among the 15-24 year old population.

ASHA even reported that one in two sexually active persons will contract some type of STD/STI by the age of 25. In spite of this alarming statistic, the people who should be screened aren’t getting screened with ASHA reporting that less than one third of U.S. physicians routinely testing their patients for STDs/STIs.  Dr. Mary Jane Minkin, M.D., a clinical professor of obstetrics and gynecology at Yale University School of Medicine, reiterated in an interview with Evolvingwellness.com that it is essential for all sexually active adults to consistently practice safe sex as STDs can be silent.  “Women can be infected [with Chlamydia] and become infertile without having one symptom,” she said.

Although sexual health is a taboo topic among young couples, it remains important to continue raising awareness. Discussion on the issues of sexually transmitted diseases, sexual history and birth control options with your partner is important for your health and your partner’s health and can save money, time and confusion later on. Reilly said that goal is to make conversation about sexual health “feel natural and not forced” and recommended practicing “how to bring it up with a friend first.”

Don’t be shy bringing up concerns about your sexual health or history with your doctor.  For each visit, prepare a list of questions or concerns for your doctor. Dr. Margaret Polaneczky, associate professor of Clinical Obstetrics and Gynecology at the Weill Medical College of Cornell University, recommended discussing “your family health history so you and your doctor can plan for targeted screening or prevention when it's appropriate and available” in a Women’s Health interview.

Don’t be afraid to be honest about your practices and habits. Sexual health is an important aspect of physical well-being and by practicing safe sex, keeping track of your sexual history and having clear discussions with your partner and doctor about your choices can make all the difference.

This is the first in a week-long series of stories about sexual health and awareness. Check back tomorrow for the next addition!