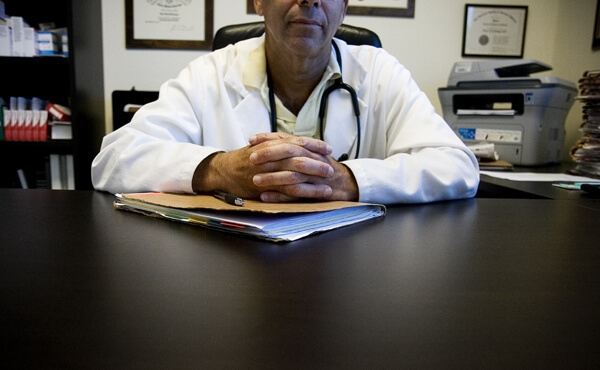 “I am a 24-year-old female graduate student living in New York City. I am HIV positive.” In June 2010, Carrie Anderson* received the darkest news of her life. Shortly after the discovery of her first love’s infidelity, Anderson tested positive for HIV in a routine checkup. On her first POZ.com blog entry, she stunned readers with the above statement in November 2010.

Upon reviewing her results, a doctor had bluntly stated that Anderson didn’t fit the “stereotypical profile” of an HIV positive individual: she was healthy, academic, heavily involved in extracurricular activities, and in a committed two-year relationship. The doctor insisted on her being retested. “I called out of work and took time off . . . I got retested and sure enough, it came back positive again.”

Anderson recorded her reaction to the shocking news in her first blog entry:

In disbelief, fear, anger and shock, I began to cry as the doctor continued to ask me questions about my personal life to try to figure out how this happened to someone like me . . . Once the second round of blood work came back HIV positive, somehow, my survival instincts kicked in. I will beat this.

“It was surreal. When I first found out, I called my roommate crying,” Anderson said. Upon hearing the news, a friend who lived four hours away immediately made a visit and spent the night with Anderson.

After coping with her own fears and anxieties regarding her new diagnosis, Anderson checked in briefly with her ex who—unsurprisingly—received an HIV diagnosis himself, after Anderson suggested that he get tested and confronted him about it. “I didn’t feel like he was taking full responsibility—as he should have—for what he did . . . I expressed to him [that] it was difficult for me to understand how someone I loved could cheat and hurt me this much.”

Amid the immense heartache of being cheated by her first love and contracting HIV from that same partner, Anderson was forced to leave the remains of their relationship in the dust. “What do you say to someone who you loved so deeply, but who betrayed you, abused your trust and consequently inflicted you with a life-long disease?…We didn’t end amicably.”

After turning to friends for encouragement and strength, Anderson felt it was time to share the news with her family. “I was expecting them to feel ashamed of me, disgusted and scared of me . . . I expected chaos to ensue, but they gave me hugs and showed me love.” To Anderson’s relief, her family’s greatest concern was her well-being. “We learned about [HIV] together so that made it a million times easier.”

In Christmas of 2010, Anderson began to take medication—one pill a day—to fight the virus’ duplication in her blood cells. “It makes [life with HIV] pretty manageable . . . I feel really normal.” Thanks to modern medicine, Anderson’s virus count is now “undetectable.”

Though the discovery of her diagnosis has taken a toll on her life since 2010, Anderson has managed to maintain a productive and successful lifestyle: “I don’t think it’s had a major impact on my ambition—academically or career-wise—but it makes me think twice when I sign on for projects.”

Time management is another challenge when it comes to maintaining a “normal” life. “I have a secret schedule: I have a nutritionist, therapist, doctor’s appointments, support groups,” Anderson listed. Though this “secret schedule,” which has been introduced into her life as a direct result of HIV, takes up much of the time that she’d rather dedicate to other things, Anderson simply explained it as, “a new factor that I didn’t consider. It doesn’t necessarily hinder my life in a major way.”

However, Anderson expressed that by far, the greatest challenge in her life is finding a new romantic partner. “There’s no such thing as casually dating for me anymore. To go to the next level, I have to disclose information that even friends don’t know about me. It becomes very intense. It’s a challenge I’m still struggling with.”

According to Anderson, HIV individuals who respond to their medication and practice safe sex only have a .001 percent chance of passing on the virus. Unfortunately, the only potential partner she disclosed her secret to—a guy she dated for about a month and began to have feelings for—didn’t stick around long enough to consider the facts. “With all the lack of information, people still think that it [HIV] is a death sentence and they don’t want to be exposed to it—understandably . . . If you respond to medication, the biggest difficulty is the social stigma.”

With regular therapy sessions, support groups, incredible friends and a loving family, Anderson is surrounded by a healthy environment as she continues to make the best of life and beat the expected melancholy of HIV.

*Name has been changed

+According to the Centers for Disease Control and Prevention