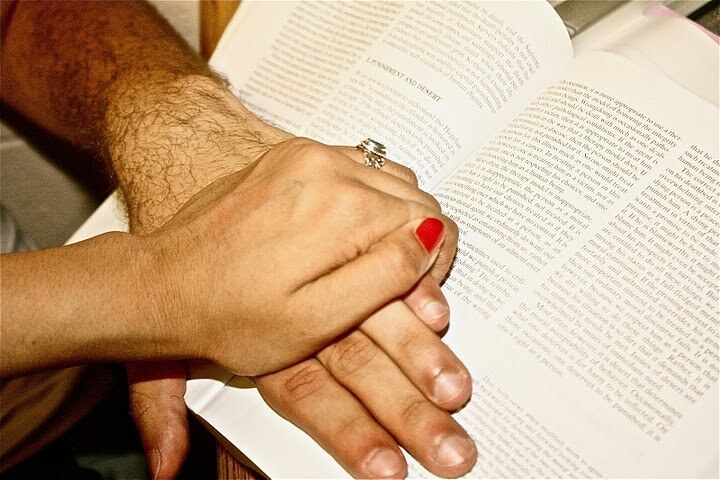 The Real Deal: I’m Engaged and in College

Making the commitment to someone is a big step, especially when you are still a student in college. Kelsey Aten, a 21-year-old senior, shared her story about meeting her fiancée abroad and why she chose to say yes.

In her junior year abroad in Dublin, Ireland, Kelsey, originally from Boston, met Criostóirat a bar one night. “I mean, where else do you meet in Ireland…?” she joked. “He approached me and we ended up talking for the rest of the night. I would say it was definitely a romantic situation from the beginning and we got along great. We ended up dating in Dublin for the next four months (and after, obviously!).”

A year and a half later, Kelsey and Criostóir are engaged and have set a date.

What made Kelsey decide he was the one?

“I don't know that there was one specific moment, but more of a growing feeling as we continued to date that this was the person I want to be with, and there is no one else out there who could possibly be as right for me as he is,” said Kelsey. “We're best friends, and I can't imagine not being with him.”

Relationships can expect many issues to come up over the course of time, but for Kelsey and Criostóir, distance played a big role; “Since he is not a U.S. citizen and does not yet have a green card, we have had to do a lot of traveling back and forth to see each other. We've managed to spend a lot of time together, but the time spent apart has definitely been the hardest part of our relationship.”

As college students, we know that there are peaks of stressful times and planning a wedding can complicate these moments, but Kelsey said that while there has been some stress, the timing of her graduation ahead helps to alleviate some of the pressures of getting everything done while in school.

Still, some may be hesitant to making such a big commitment at a young age.

“I think that the majority of people these days just plan on waiting until at least their mid-twenties to get married, when they are settled in a career and have had time on their own. They can't possibly imagine picking one person to spend the rest of their lives with while they are still in college,” said Kelsey.

Kelsey explained that are also many benefits to her early marriage: “Financially, I'll be getting a tax break that most people my age won't be getting, and I'll be able to pool my resources with another person, which will lessen financial burdens for both of us. It is also nice to know that when entering the ‘real world,’ I will have someone else who will be there constantly supporting me and making this otherwise stressful time much more enjoyable.”

To those individuals that are unsure of engagement while in college, her advice is this: “I would say that for many people, waiting until later may work just fine, but I don't necessarily think it's a good idea to plan your life out too much and resist finding your significant other until a certain age. These things happen when they happen, and for me it just happened a little earlier than I had expected, but I don't think this is a bad thing. If I tried to stick to a "life plan" and forced myself to wait until I was at least 25 or whatever, I could be missing out and making a big mistake.”

Previous Post:A Visit From The Goon Squad
Next Post:Don’t Knock An Arts Degree!