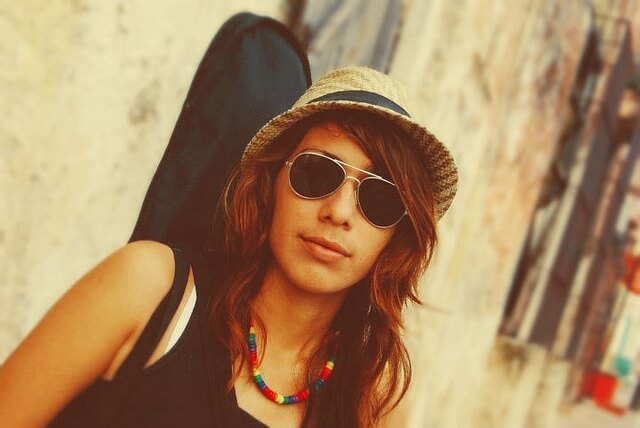 Going back to a new semester at school means change, right? While that’s generally how it works, there are some things– and people– that never change. Regardless of your campus or class size or your attempts to avoid them, there are certain types of people that you can always expect to encounter, whether sexually or otherwise, during your years at school. Whether they live down the hall or lurk in the back of your lecture class, they’re going to show up.

This guy/girl has always had their own mindset, but college has allowed them the freedom to fully bloom. They are willing to latch on to any and every cause, from pamphlets about a Revolutionary Communist party to saving the whales. They question everything while always having the last word in any discussion, in a mellow, “pensive” voice. They have a propensity towards obscure books, which they read in any coffee shop but a Starbucks. Though most of them would yield the same conversation as picking up a brochure or doing a Wikipedia search for “philosophy”, if you do find a genuine activist/philosopher, try to spark up a conversation. They could help you get involved with a meaningful cause.

The Person Who Raises His/Her Hand In Class Just To Hear Their Own Voice:

There’s always that one person in class who has to make a comment. This can vary from constantly agreeing with the professor by relating what was said to his/her own life or disagreeing just to argue and ask a million questions to try to prove a point. Either way…it’s always annoying. They are also the one to constantly ask, “Is this going to be for homework/the quiz/the final?” and cause everyone else to roll their eyes in irritation.

The Rebel Without A Cause:

This person has, usually, grown up in a sheltered suburban household, and is now ready to cut loose in college. This is their chance to be whoever they want to be, which often changes with the crowd. You may find this person on the hallway floor of the kegger you randomly walked into, or bonging beers until incoherent. This guy or girl feels the need to fully experience every single aspect of the college life, just because they can. They often try to seem more experienced than they are, and will be quick to tell that one story they have that makes them look cool…repeatedly.

Quite the opposite of “The Rebel,” this person will do whatever they can to hold onto their lives before college: wearing t-shirts of their high school sports team, constantly talking about their lives before college and often hanging out with the ten other people who do the same thing.  They chose to attend a school that was close enough for them to still see friends from high school and cause whispers of “Didn’t they graduate like 2 years ago?” at any of the many high school functions they still feel compelled to attend. Clearly afraid of change, these people have some growing up to do.

This is the guy that sits in the back of class slurping a protein shake while discussing what he maxed out at this morning…at 7 a.m. or the girl who insists on wearing leggings as pants and carries her yoga matt to class. (Necessary?) These people live every minute of the day that they aren’t in class, at the gym, or at least that’s what they want you to think by constantly wearing workout gear around campus. Catch them in the dining hall either having four hamburgers with a side of pizza (him) or a salad, dressing on the side (her).

The “Bro” Who Won’t Stop Grinding Up On You:

There’s obviously no doubt that most college campuses will bring the “typical” fraternity/“bro” guy. Carly Edmiston, a sophomore at North Carolina State University, sums this type of guy pretty well, “He thinks because he wears a Vineyard Vines oxford and has a frat-swoop haircut, that he can be a jerk to you and still have a shot. I’ve definitely had more than my fair share of this type of guy trying way too hard.” Not to say every person you meet that bears Greek letters is going to be a complete jerk…but there will always be a few.

Yes, there are going to be “types” at college, but that doesn’t mean you have to adhere to any group. Your best bet is to figure yourself out first, and base how you act on your own ideas. Seth Gillis, a sophomore at the University of North Carolina at Chapel Hill, knows the value of this, “I was really attracted to this girl at a frat house because she was dancing and NOT holding a red solo cup and falling over guys in pleated khaki shorts above their knees. I’m a sucker for girls who aren’t carbon copies. How can any guy resist that?”