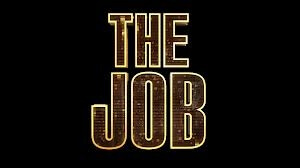 The Job: New Reality Show is a Must-Watch for College Kids

For the hopeless romantic, there's The Bachelor. For the karaoke-crazed, there's The Voice. But is there a reality show for us, college kids, trying to find a job after graduation? Starting on Friday night, there will be.

THE JOB, a new CBS series, is a show about the ultimate interview. Hosted by Emmy nominee Lisa Ling, each episode will feature five candidates participating in several rounds of elimination challenges before a panel of executives as they compete for their dream job. Sound stressful yet? There’s more!

In addition to the episode’s featured company, representatives from three guest companies from related industries will have the opportunity to make an on-the-spot offer to one of the candidates, who must decide if they will accept the offer or remain in the running for the featured job. This is not for the faint of heart, guys. But it is awesome.

"I came up with the idea for this show when my daughter came home after her freshman year at Wheaton College and told me she didn't want to go back," says Michael Davies, creator and executive producer of The Job. His daughter's friends who had already graduated were struggling to find jobs, and Davies saw the issue as an opportunity to help grads find their way. "I felt like college kids needed a real-life glimpse into the hiring process, and this show provides just that," he says.

Though every episode of The Job is insanely competitive, it is a learning experience as well–both for contestants, and for us watching at home. Top executives constantly provide feedback for job-search essentials, offering tips on resume construction and ways to ace an interview, or at least not totally screw it up.  “There's so much takeaway value in this kind of constructive criticism because anyone looking for a job in any field can benefit from it," says host Lisa Ling.

This season, The Job is featuring a variety of companies including Palm Restaurant Group, Cosmopolitan magazine, Major League Soccer, Epic Records, Zynga, Live Nation, Gilt and Viceroy Hotel Group. Though these already represent quite the impressive range of industries, Davies hopes to take it further.  “Eventually I want to see every sector represented. I’d like to see an agricultural company on the show, for one," he says.

Adding a personal element to the hiring process, The Job is not only educating applicants but is also teaching the executives a little something as well. “This show makes hiring so much more personal than just going through human resources because the executives are getting to see the story behind the resume,” Ling says. “For some of them, I think it’s even making them reconsider their hiring process,” she says.

Could this be the end of the one-size-fits all job application process?  We dare to dream…

The Job premieres on CBS at 8pm EST on Friday, February 8. College seniors, this one’s for you. Tune in!

Previous Post:5 Ways to Make the Most Out Of Valentineâ€™s Day
Next Post:How Do I Make My Bedroom A Love Nest?