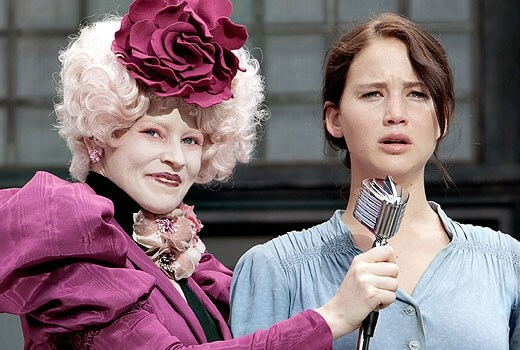 The long awaited day is here and The Hunger Games is finally in theaters today. Whether you’re on Team Katniss or Team Peeta, the film’s powerful, eclectic soundtrack is sure to please. Here are some of the songs from the movie, so you can relive the excitement of watching the flick without paying up another ten or so bucks to see it again.

Taylor Swift joins The Civil Wars with a haunting sound—the recollection of protecting a loved one from trouble. The gloominess tugs at your heartstrings but keeps you singing along as you attempt to match Swift’s icy pitches.

Arcade Fire developed an anthem for the film as its “war-cry” of a song got listeners pumped and ready for battle. The song invokes a true variation of emotion and says to listeners, “Okay, enough crying, let’s get out and fight for our lives.”

The harmony from the chorus of this song will surely send chills up your spine. The lyrics in the song parallel the narrative of the film, and will leave you holding your breath as you anticipate the outcome of the vicious competition.

One Engine – The Decemberists

More upbeat than expected, this song is perfect for the train ride toward the capital in the movie. The folk-rock band’s lyrics describe finding a way out from difficult circumstances, as “they'll run you aground.”

Tomorrow Will Be Kinder – The Secret Sisters

The bluegrass melody is perfect for the Appalachian setting of District 12 in The Hunger Games. The quiet song is about hope and perseverance that helps Katniss with her fight for survival.

Birdy has really outdone herself with the goose bump-induced connection between "Just a Game" and the Hunger Games storyline. The question of whether it is actually just a game is a frightening one, given the cruel contest at the center of the film’s plot.

Set Fire to the Rain  – Adele

As we know, Adele is the queen of heartbreak and this song is no exception. This song isn’t on the soundtrack, but the emotional heartbreak and the eerily powerful voice set the tone for The Hunger Games as Adele reaches deep into the wounds of listeners.

Run For Your Life – The Fray

Though it isn’t on the soundtrack, it definitely should be. Isaac Slade's words flow beautifully as a voice of encouragement resounds: “You don’t have to go it alone.”

The “crocodiles ticking” in the song will make you want to tap your feet to the fast-paced rhythm. The song advises you to rely on yourself and not the people that may have “one eye watching you.”

Previous Post:5 Start-Ups Fight to Survive
Next Post:Becoming BFF With Your Advisor