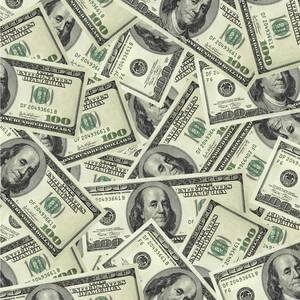 If you are looking to make some major cash right out of college, engineering might be the way to go. According to recent studies by Forbes and CNN, recent graduates with engineering degrees are at the top of the list when it comes to the size of their paychecks. Most other lucrative majors are also within the science and mathematics families, such as actuarial science, physics and finance. College Magazine takes a closer look.

Even though Enmanuel Felix did not choose to become an aerospace engineering major for the money, he says that he is aware that engineers make big figures right after graduation. To Felix, a senior at Syracuse University, it is more important to enjoy his career.

“When I was looking through majors in high school I really had no clue what I wanted to do and one day I saw aerospace engineering and that kind of clicked right away,” he says. “That’s the only thing I could see myself doing. Part of it was because I’m really good at math and science and my dad is a civil engineer, but I could never do that myself. [Aerospace engineering] is a challenge. I don’t know many aerospace engineers so I think I could be a good one.”

Remember that science nerd everyone made fun of in high school? He might be kicking your butt in the salary department a few years down the line. According to CBS MoneyWatch, physics majors start at a median pay of $50,700.

Economics, finance and other math majors

In order to make some money, you might have to start crunching some numbers. Economics, finance and applied mathematics majors all have starting median pays above $47,500.

Journey Thomas, an accounting major at Thomas Nelson Community College, says that even though she knows that math-related majors earn high salaries right after graduation, making money has never been her goal. “Since it came easy and natural to me, I decided to declare it my major,” she says, “My goal was never money though. It was to go to work everyday enjoying my job.”

If math is not your thing, there is no need to worry. Majors like construction management and government can also bring in big checks, with starting median pays of over $41,500.

“At the end of the day, I’d rather major in something that I love rather than something else just because it’s going to make me more money,” says Mina Nous, an international relations major at Syracuse University.

While marketing still incorporates some serious math, it is not as intense as engineering or physics. Nevertheless, marketing majors still earn a good amount of cash, with a median starting pay of $39,000.

If you are a politics buff, political science may just be the right major for you. The good news is that salaries for recent political science graduates are decently generous. The median starting salary is $39,400.

Those that enjoy discovering the ins and outs of computers and technology are in luck. The average starting salary for computer science majors is as high as $61,205.

Previous Post:Is your birthday coming up?
Next Post:Loving Lace